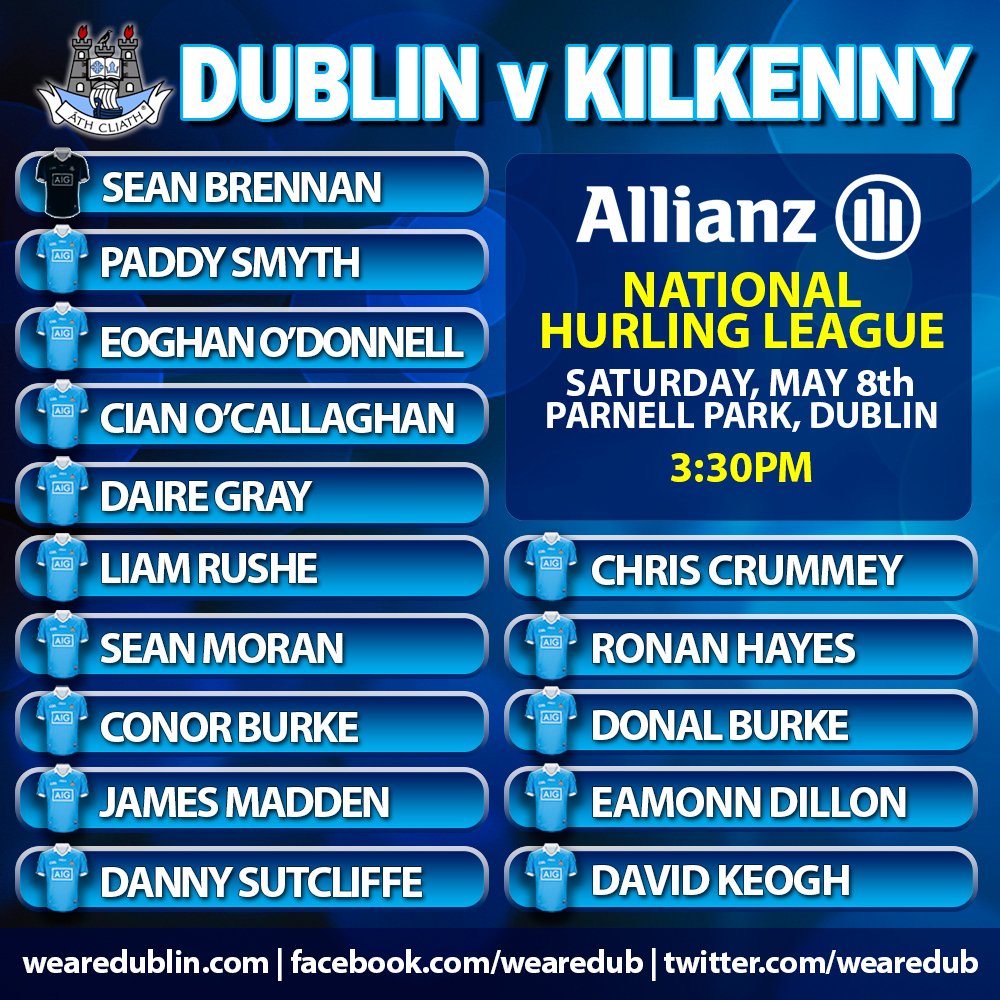 The wait is almost over, and tomorrow Dublin hurling fans will finally get to witness some league action as this year’s National League get’s underway in busy weekend.

Mattie Kenny will once again lead the Dublin Senior hurlers for another season in charge, and the mouth watering task of facing Kilkenny is now less than a day away. And the Dublin boss will want to get out of the traps well and see an improvement on their results against their Leinster rivals from last year.

The 2020 opener in Nowlan Park saw Dublin defeated on a 3-21 to 0-18 scoreline. But there was a totally different story in October of last year when Dublin came from 16 points down in Croke Park to almost steel a victory in what would have been the greatest comeback in the game. Daire Gray had pulled his side level with 71 minutes on the clock in the Leinster Semi Final clash, only to see Kilkenny tack on two scores to win the tie by the minimum.

In tomorrow’s starting 15, Mattie Jenny gives Seán Brennan the nod in goal, behind a solid full back line of Paddy Smyth, Eoghan O’Donnell and Cian O’Callaghan.

Liam Rushe is handed the Number 6 jersey and is joined in the half back line by Daire Gray and Seán Moran.

Conor Burke and James Madden make up a new-look midfield pairing, while Chris Crummey continues rejoins the half forward line, partnered either side by captain Danny Sutcliffe and Ronan Hayes.