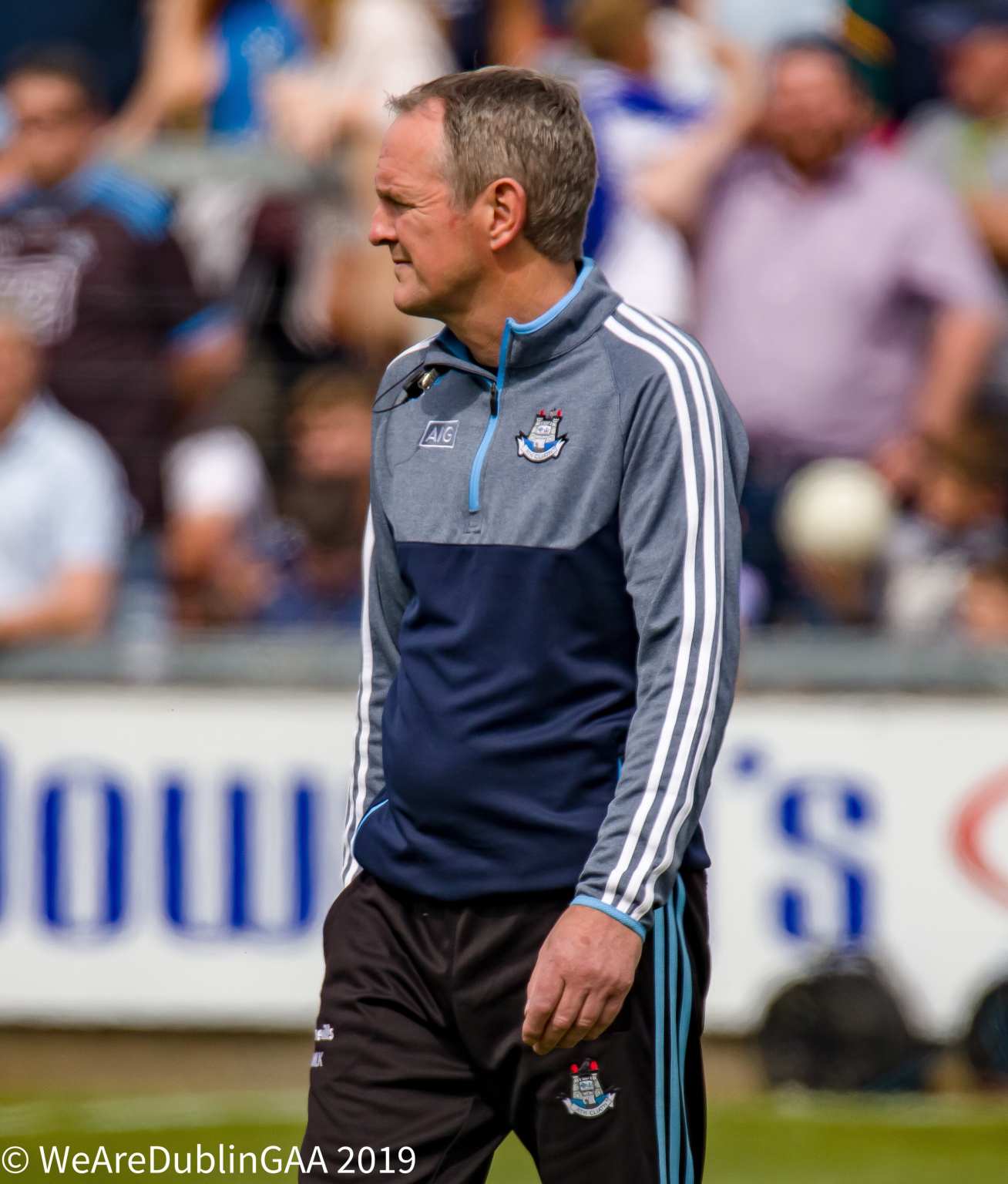 It was a bitterly disappointing day for the Dublin hurlers on Sunday as they exited this years championship after a shock defeat to Laois in O’Moore Park.

After their scintillating performance against Galway the last day out Dublin were red-hot favourites to advance to the quarter finals but by the full-time whistle those of a Sky Blue persuasion were left scratching their heads as to what went wrong.

After the game Dublin manger Mattie Kenny spoke to FM104’s Declan Drake as the post-mortem began in earnest.

“Look it, it’s not the way we wanted to end our year stated Kenny, it was a disappointing display from us today, we started slowly and allowed them to get a grip on the game early on in the first half and when they got a foothold in the game we found it difficult to get it back off them.

There’s an element of responsibility between the players and the management today, that was an unacceptable performance from our group and we know that and the problem is it’s too f***ing late now and it’s a disappointing way to finish the season for us, Laois put up a great fight and they showed great hunger, Dublin weren’t at the required level today and there is no one to blame for that but ourselves.

It’s hard to take, you can’t take away from Laois either they fought for everything and they showed far more hunger and desire than we did today and unfortunately the focus and the level of professionalism they would would expect from ourselves wasn’t there today.”

Kenny was asked if there was one specific thing that could explain Dublin’s below par performance on the day and he replied it wasn’t any one thing but a combination of facets of Dublin’s game that were off.

“Sometimes it’s not any one thing, if your a little bit off on one thing your probably off on a lot of things and today we had seventeen missed scoring opportunities and that cost us dearly, but overall the intensity we’ve been playing at the last number of weeks, we didn’t bring that intensity today and that reflected on our tackle rate and reflected on our conversion rate as well.

It’s hard to put exactly our finger on it at the moment and I’m not taking anything away from Laois they played really really well today and played really well last Sunday also, so we knew that, but look we weren’t at the required level today.”

Dublin drew level during the second half but the expected drive on never materialised and Kenny put that down to the ability, heart and determination of Laois to get the vital scores to keep their noses in front.

“In fairness to Laois they came down and got the scores and had the home crowd at their backs. In fairness to them when we got within touching distance second half you’d be hoping to be in the position to drive on get the next few scores, but Laois always got that score to keep their noses ahead and they showed great heart and great determination and you have to admire them for that.”

Dublin had a good year up to Sunday’s result, did that shock defeat tarnish the progress made this year for Mattie.

”There’s no doubt about it when we qualified out of Leinster we wanted to go deep into the championship and this is not the way we wanted to go out. This is a bitter disappointment for us, but as I say not to take anything away from Laois they played very well today, but that was an unsatisfactory performance from ourselves.”

It was put to Mattie Kenny if he had got a feeling over the last three weeks as the group prepared for Sunday’s game that this type of performance was coming from Dublin.

”No our preparation went really well, but look sport is funny you have to make sure that outside influences don’t step into the guys minds, a lot of people were writing about Dublin playing Tipperary and obviously that was being disrespectful to Laois, because Laois played really well in the Joe McDonagh and played really well last Sunday and played really really well today and even though our shooting was off and everything like that, but on the day you can’t have any complaints about the result because the best team won on the day but we would be very disappointed with the Dublin performance it’s just not what we expect from this group or ourselves.”