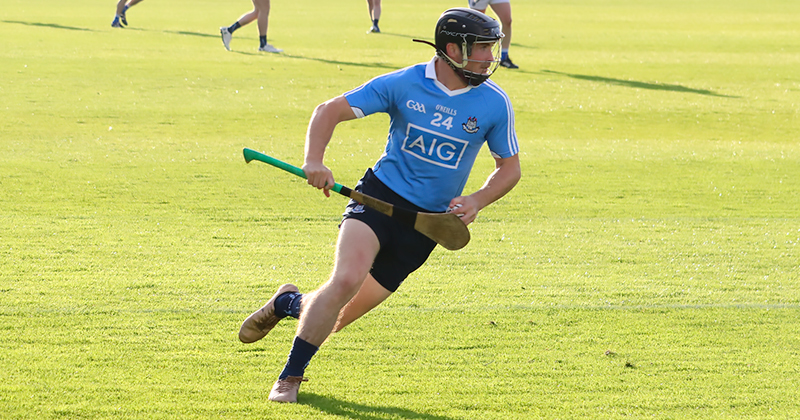 While Dublin’s Allianz Senior Hurling League campaign may not have been the prettiest, there were certainly moments during their Division 1 Quarter Final against Tipperary that showed massive promise.

Who’s to say Pat Gilroy wasn’t keeping his cards close to his chest ahead of the 2018 Championship. Dublin’s opening game against Kilkenny is only a little over 5 weeks away.

Dublin will face their first opponents in Parnell Park on May 13th, and will also have home advantage against Offaly in the new round robin style competition. They’ll also have a stiff task facing Wexford and All Ireland Champions Galway on the road.

It might be a far cry from the glory days in the Anthony Daly regime, but there’s certainly more positives than negatives lis there had been for the past few years.

David O’Callaghan remembers those day’s fondly, after Daly was ratified at the end of 2008. The Clare native grabbed Dublin hurling by the scruff of it’s neck and instilled an undeniable belief in the players.

In his first year Daly led Dublin to their first Leinster Final since 1991. By 2011 they were indeed a hurling force to be reckoned with, winning their first League Division 1 title in 65 years.

The pinnacle of Daly’s reign came in 2013, winning a Leinster Championship, their first in 52 years.

“When we were winning those titles we were conscious were trying to set something down to build and to follow.” O’Callaghan said on this weeks RTÉ GAA podcast.

“There were a lot of tough days but you always felt like it was motoring towards somewhere.”

Dotsy admitted the change in regime was a shock to the system for most of the panel, with training and demands on each individual upped to place none of them had experienced before, a big difference to former manager Tommy Naughton who had been at the helm for 3 years prior.

“Dalo was huge. He just brought that huge passion for it, that madness that he has sometimes! I think that worked well for us. It clicked well.”

After 15 years of service to the Inter County game, O’Callaghan finally called time last November, but admits the draw of returning when Gilroy was announced as the new manager was a temptation very hard to turn his back on.

“I just didn’t feel ready to go back in and give what I had given over the last number of years. I was an obsessive enough type with it. It has huge demands.”

“Pat’s a huge figurehead there at the moment. There was certainly an appeal (in returning).”

“Don’t get me wrong, I enjoyed getting stuck into it that much. But you can get a bit tunnel-visioned with it as well.”

“I’m looking forward to supporting the lads coming into the championship.”

(Listen to the full RTÉ GAA podcast below)