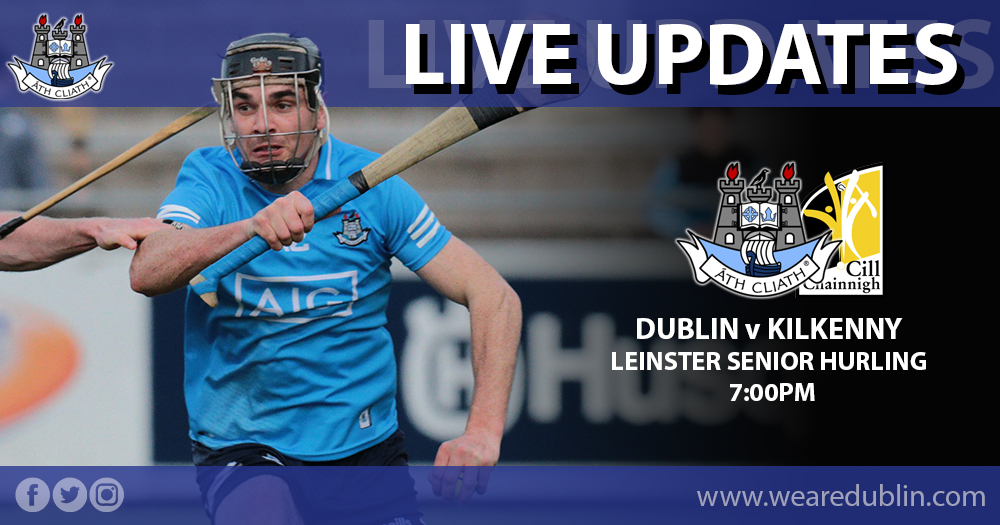 It’s simple. If the Dublin can come away from tonight’s Leinster Senior Hurling clash against Kilkenny with either a win or a draw, it puts them in a fantastic position ahead of their final fixture, a road trip to Salthill. Kilkenny will be bruised following a narrow defeat to Galway in the last round. So it’s a massively important game for them too.

Wexford and Galway will most likely pick up wins over Westmeath and Laois respectively, but nothing is off the table just yet. Mattie Kenny will be looking no further than tonight as Dublin will hope to wipe clean the memory of their 2-23 to 0-16 defeat to Brian Cody’s men in the National League this year. It has been Dublin’s only major down point since the beginning of the season, and in general they’ve played quality hurling throughout.

The Dubs come into tonight’s game with three straight wins under their belts over Laois, Wexford and Westmeath. But they’ll know tonight and next week are where they will have their mettle tested for real.

Parnell Park will be bulging at the seams this evening with a capacity crowd expected for this titanic battle. And if Dublin’s defence can keep Kilkenny’s forwards quiet for good spells, they have the quality in their own forward line to do some damage. But it’s Kilkenny, so the script can’t be written in advance.

We’ll be live from Parnell Park later this evening, and we’ll keep you posted if you’re not traveling or can’t tune in to the game. Our Twitter Feed will be buzzing with Live Updates from the throw in at 7:00pm. Just head to www.twitter.com/wearedub to follow the action. Not on Twitter? Don’t worry, you can follow the feed below this post.

CUALA SECURE BACK TO BACK AHL DIVISION 1 TITLES