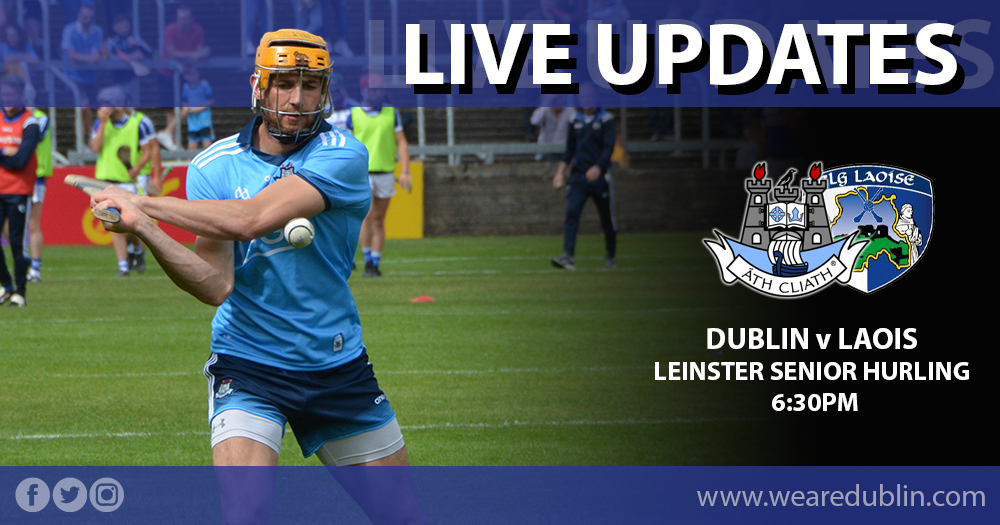 Parnell Park this evening will be a full house as Dublin face Laois in a crucial fixture at the Donnycarney venue. It’s a Leinster Senior Hurling campaign that Mattie Kenny will want to build after the National Hurling League.

Impressive in the Walsh Cup initially Dublin subsequently had a mixed Allianz league campaign. There still is plenty of talent in the Dublin panel and Kenny will be aware of Laois’ defiance following that shock All Ireland preliminary round quarter final loss at a sultry MW Hire O’Moore Park three years ago.

Séamus ‘Cheddar’ Plunkett passion for the Laois cause, though, should never be underestimated and they will head for the capital quietly confident.

Kenny is holding no punches, and has named a strong starting 15 for this clash. Dublin’s League victory las month can be ignored now despite it being a convincing one. The Championship holds a different purse for all sides, and tonight will see both sides wanting a strong start.

We’ll be live from Parnell Park later this evening, and we’ll keep you posted if you’re not traveling or can’t tune in to the game. Our Twitter Feed will be buzzing with Live Updates from the throw in at 6:30pm. Just head to www.twitter.com/wearedub to follow the action. Not on Twitter? Don’t worry, you can follow the feed below this post.