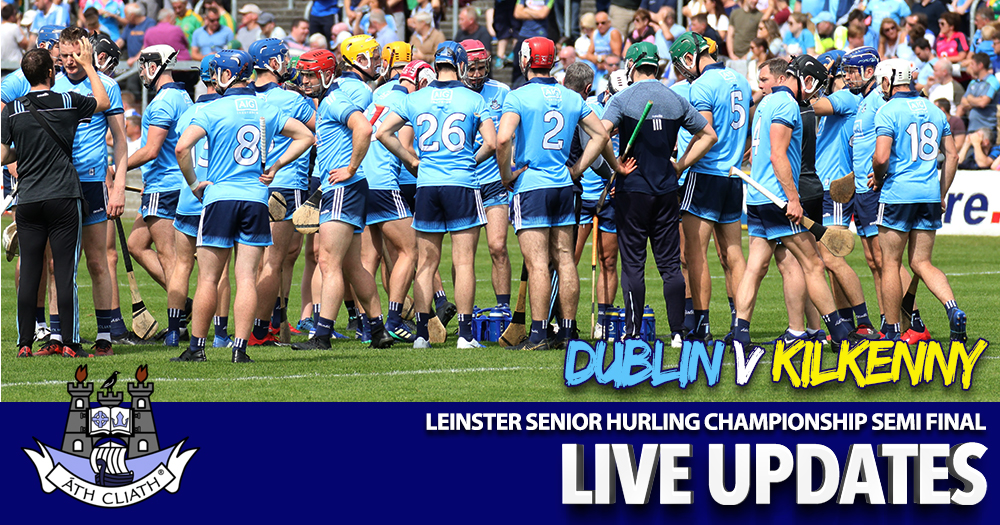 Mattie Kenny wil be expecting his Dublin panel to up their game yet again today, after impressing last weekend in their Leinster Senior Hurling Championship opener against Laois. Kilkenny pose a completely different threat as we all know, but Dublin can build on a very promising start as they enter an empty Croke Park once again this afternoon.

Youth and experience will be the order of the day as Dublin show a panel full of promise. Not only were there strong starts from Donal Burke, newcomer Conor Burke, Chris Crummey, Eoghan O’Donnell and Cian Boland in last week’s game, but the depth Kenny has with the likes of Eamonn Dillon, Mark Schutte and Liam Rushe coming off the bench will surely feed an air of confidence in the camp.

Yes, Dublin have only beaten Kilkenny once in the Championship since Brian Cody took over the reigns in 1999, but the memory of their 2013 Semi Final replay win will fill the heads of Dublin supporters today as they put themselves in a very strong position of reaching the provincial final.

Kilkenny make their Championship start this afternoon, as the months of waiting finally ends. Cody as always has an extremely strong panel to pick from. TJ Reid will be central to their gameplan, and he’ll chomping at the bit after a showing great form for Ballyhale in the Club Championship. But he’s only a bit player in an ever talented squad of players that Cody has to juggle.

We’ll be live from throw in at 3:45pm, with score by score updates on www.twitter.com/wearedub. And you can find all the post match reports and analysis from the game right here and on www.facebook.com/wearedub.

Fans who want to catch the action can also purchase today’s game live on GAA GO.

CUALA WILL LOOK TO SHAKE OFF THE MEMORY OF THEIR LAST...