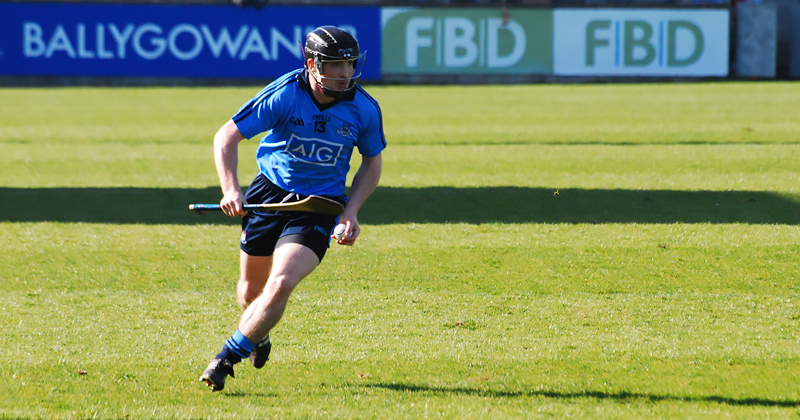 Last month Dublin Senior Hurling boss Ger Cunningham rang the changes in announcing his training panel for 2017. And it was apparent that some key veterans from the camp would not be continuing their inter county career.

To that, it was clear there weren’t too many veterans remaining, with new blood coming into almost all parts of the field of play.

One of the names who remains loyal and dedicated to the team is David ‘Dotsy’ O’Callaghan.

But 2016 was not the type of year Dotsy expected to have. The 33 year old corner forward suffered a lower back spasm in this year’s Leinster Hurling Quarter Final victory over Wexford, and struggled badly in the semi final defeat to Kilkenny.

The pain got so bad that O’Callaghan didn’t travel to Pairc Ui Rinn for Dublin’s All Ireland Qualifier against Cork. And as the outcome didn’t favour the Dubs it was the end of the road.

Dotsy was in attendance this week at the launch of next year’s Bord Na Móna O’Byrne and Walsh Cups. He told the Independent how not being able to play has driven him to continue.

“I haven’t been able to play since the summer and I heard Martin Comerford (Kilkenny) talking last week and he was saying he had finished up a bit early and he could have stayed on a bit so when you’re gone you’re gone. But you don’t want to be doing any more damage to your back as well.”

“Being honest with you, I had kind of built up last year to be my last year playing and I had put in a big effort.”

Thankfully O’Callaghan is now back and working with Dublin physio Eamon O’Reilly and with surgical appointment in February to determine his progress, Dublin fans could see Dotsy back by the end of that month.

And he’s keen to get out there and right the wrongs, being inspired by the recent Leinster success of newly crowned champions Cuala.

“I suppose the fact that I haven’t got to play any hurling for the last six months, you can’t help the appetite building again.” He admitted.

“Even looking at Cuala last week as well, it was very refreshing looking at that and that would give you the urge as well to go back.”

With O’Callaghan, who moves from Ballyboden back to his native St. Marks next year, along with a large contingent from the new Leinster Champions missing from Ger Cunningham’s early year plans, it’s going to be a tough start for Dublin Hurling, leaving the door open for a lot of the new faces in the panel.

“There’s been big changes to the panel so I suppose you are going to see a lot of younger guys coming in and getting opportunities in the Walsh Cup and the league as well. I think a lot of the guys really stood up last year.

“You are looking at the likes of Eoghan O’Donnell, Shane Barrett. I know Cian O’Callaghan will be with Cuala but there’s a lot of lads kind of coming to the fore and becoming real leaders of the team as well.”

Time will only tell, but at the very least it confirms that Dotsy O’Callaghan is by no means done with Dublin Hurling, if he himself has anything to do with it.