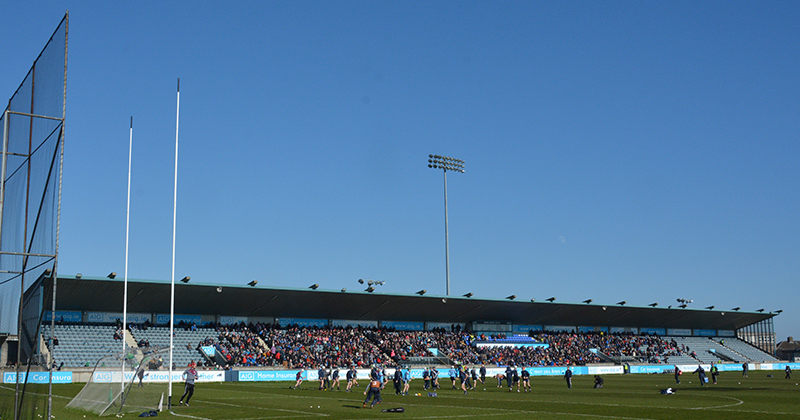 It’s safe to say the atmosphere around Stillorgan over the last few weeks has been the stuff of dreams. Kilmacud Crokes achieved the Dublin Senior Hurling and Football Championship double, and in style. Last weekend the football panel saw off St. Judes in the Senior Football Final. They now look foward to a Leinster Quarter Final against Wolfe Tones of Meath next weekend. But first Crokes’ Hurlers will test their mettle this Sunday in a provincial last eight clash.

TEG Cusack Park will be the stage for this Leinster clash as Crokes face Westmeath Senior Hurling Champions Raharney for a place in the last four. And after a year break in provincial action, this Sunday’s game will be a welcome return.

Crokes Championship win over Na Fianna had hurling supporters on the edge of their seats 2 weeks ago in Dublin GAA Headquarters at Parnell Park. It was an epic decider that took extra time to produce a winner.

With 10 minutes remaining in normal time, Na Fianna were 9 points clear, and looked on course to secure their first ever senior hurling crown. Crokes mustered some increditble determination, and goals from Fergal Whitely and Oisín O’Rorke, before a Ronan Hayes strike deep into injury time levelled the tie and brought it to Extra Time.

The comeback spurred Crokes on further. And they dominated the Extra Time to run out seven point winners and claim a seventh Dublin Senior Hurling title.

3 points seperated the sides in the Westmeath Hurling Championship decider on the same weekend. Raharney led from start to finish to beat Castletown-Geoghegan by 0-21 to 0-18. And it was bitter disappointment for Castletown as they’d finish runners up in the previous 2 county finals, losing on both occasions to Clonkill.

County star Killian Doyle was on top form for Raharney, scoring 0-11 of their 0-21 scoreline. Leading by 0-11 to 0-06 at half time. And that continued in the second half with early scores from Joey Boyle and James Goonery extending Raharney’s lead to seven points. Castletown did gradually whittle away at that lead adn closed the gap to 2 points. But that was as close as they’d get with Raharney holding on for the win.

Sunday’s Leinster Senior Hurling Quarter Final between Raharney and Kilmacud Crokes throws in at TEG Cusack Park on Sunday, November 28th at 1:00pm. Tickets for Sunday’s game can be purchased by clicking here.