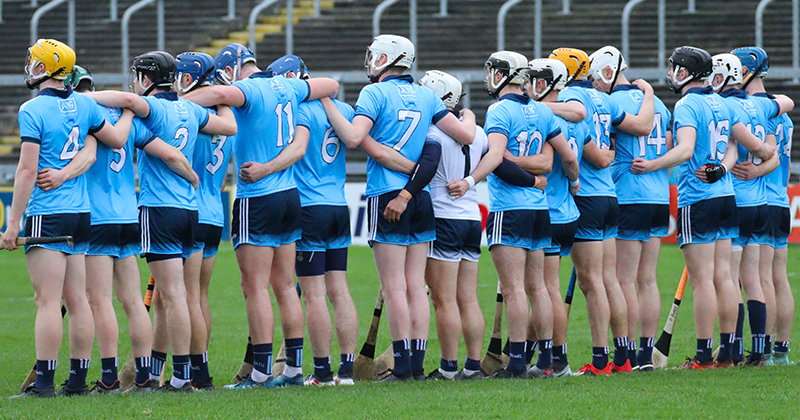 It wasn’t to be for the Dublin Senior Hurling panel as Brian COdy’s Kilkenny lifted their 73rd Leinster title following a strong second half showing. Dublin were hit with last minute replacements after four of the panel had to self isolate due to CO, and VID-19. And Mattie Kenny’s risk with the recently injured Eoghan O’Donnell didn’t pay off as the Whitehall man had to leave the field just three minutes into the game.

But Kilkenny put in a confident and clinical display, with a bench once again proving decisive. Cody’s side were 0-07 clear when a converted TJ Reid penalty drew a line on the competition.

To their credit, Dublin battled well for 45 minutes despite having to reshuffle before the game. And they were worth the ticket price for the opening half despite trailing by 0-03 at half time. But it was a confident third quarter that lead to Kilkenny’s victory.

Dublin looked rattled in the early stages of this evening’s contest. Kilkenny raced into a four point lead before the Dubs settled and took the game by the neck. Danny Sutcliffe seemed back to the form he displayed back in 2013 when he won an All Star and finally got his side ticking.

Sutcliffe ended the half with two scores, as did Chris Crummey. Crummey even came close to a goal after Cian O’Sullivan found him in space with a cute handpass. Dublin hit four scores in succession to level the game 0-09 each before the end of the first half. But Kilkenny ended the half with three scores from Eoin Cody, James Maher and Reid.

It was more of the same from Kilkenny as the second half commenced as they pushed their lead out. And by the water break they held a six point lead. Maher sent one of the stand out scores over from just inside the Dublin half adding to four more Reid placed balls.

Cody’s men forced turnovers with Martin Keoghan and substitute Alan Murphy adding to their lead. Dublin’s wide count rose to 12 costing them many opportunities to close the gap.

Murphy’s second point came soon after the fourth quarter began. Cillian Buckley clipped another over to leave eight between the sides.

The only goal of the game came from Reid after Eoin Cody was fouled by Jake Malone as he bore down on goal. That left Kilkenny 1-22 to 0-15 clear and they ran out nine point winners. James Bergin scored two and Michael Carey added another off the bench in the closing stages to clinch the Leinster crown again.