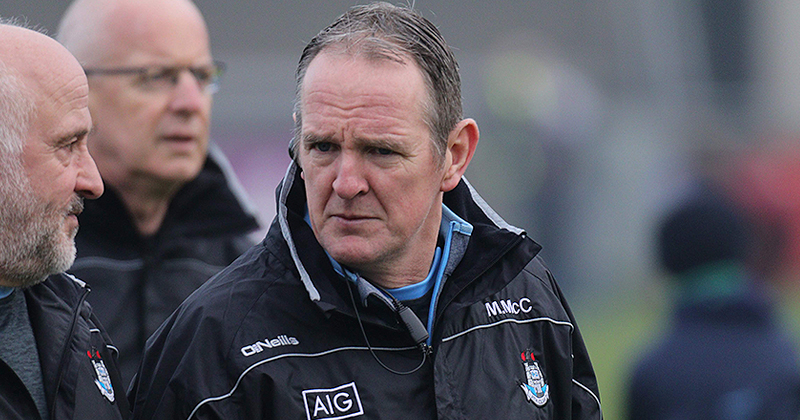 This Sunday, Waterford and Galway will play to decide the final positions in the Division 1B Hurling League table. Wexford, Kilkenny, Cork and Tipperary will decide the final two slots in the Division 1A League Table. The only thing set in stone so far is Limerick finishing top of 1A and Laois fourth in 1B. And they face off on Saturday in the first of this year’s Quarter Finals.

No matter what happens in the Galway v Waterford match, the Dublin hurlers will almost definitely finish in second position. Which means they’ll face whoever is third in 1A. As it stands now Clare are sitting in the second slot in 1A. But Wexford, Kilkenny or Cork could leapfrog them depending on Sunday’s results. So it’s still no clearer who Dublin will face.

Due to the rescheduled games this weekend, and with Dublin playing out their final round game with a win over Laois on Sunday, it give the Dubs are rare break and a little bit more preparation time for their last eight encounter. And they can watch the action unfold as it happens this Sunday. But the Dublin boss will not be speculating on a potential opponent.

“Whoever we get it’s going to be a really good challenge but it’s something we’re really going to look forward to.” Kenny told Official Dublin GAA.

“There’s no point even looking at that Division 1A table now and wondering who you’re likely to play.”

“That Division 1A has been very, very competitive in the last five or six weeks.”

No matter what happens in their Quarter Final, Kenny has to be extraordinarily proud of how the Dublin players have performed this year so far. Around this point twelve months ago Dublin had finished five rounds of the league with four points in the table, only narrowly beating Antrim in Round 2, and comprehensively beating Laois in Round 5. But with the two mentioned teams only winning one game each it awarded Dublin a Quarter Final slot against eventual finalists Tipperary.

This time around there’s certainly a more accomplished feeling in the camp. And only dropping points to Galway in Salthill is definitely a step up since last year. Dublin will start their Championship journey off against Kilkenny. And Kenny is seeing the commitment already from the panel he’s chosen.

“We want to get to the next level and to drive on the Dublin senior team and Dublin hurling in general.”

“I think everyone in the group is focused on that.”

Dublin’s biggest result this year so far has to be their win over Waterford a few weeks ago in Parnell Park. And that was a sign to all supporters of their intent for the year. And what’s even more reassuring than a front six who are as changeable and as diverse as we’ve seen in a long time, is a back six prepared to stand firm against attack and break down an opponent. It will be over the next month that Kenny really will know what he has in his armoury, when facing 1A opposition.

“The next few weeks will give us a good barometer of where we’re at and what we need to do between then and the Championship.”

White Sliotar To Be Replaced With New Yellow ‘Smart’ Ball For...