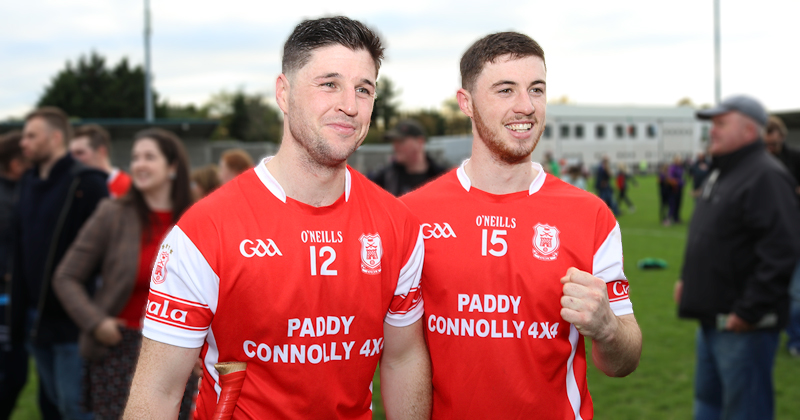 Crumlin were the last Dublin side to win the coveted provincial title, and today Cuala bridged the gap that’s been there since the 1979/80 club season.

O’Loughlin Gaels were expected to hold a tougher challenge for the Dublin champs, but simply couldn’t keep up with Cuala’s aggressive attacking prowess. Mark Bergin’s frees kept Gaels ticking over and a late goal gave them a lifeline but unfortunately they never really looked liked stealing the win.

With Colm Cronin raising Cuala’s first of three green flags on seven minutes, it set the tone for the entire game and Cuala flexed their muscle, showing no signs of the team that lost to Oulart-The Ballagh twelve months ago. Con O’Callaghan fed the ball in front of goal for Cronin to despatch.

Once again, O’Callaghan put in a man of the match performance and has become the jewel in Mattie Kenny’s crown. Con scored 1-04 of his own, assisted in several more and forced valuable frees which David Treacy despatched in his usual fine fashion.

The Dalkey men bossed the first 30 minutes, and could have been two goals the better on thirteen minutes, but Gaels keeper Stephen Murphy heroically denied Sean Treacy.

With Cuala leading 1-06 to 0-05 and eight minutes remaining in the half, David and Sean Treacy linked together in a brilliant move, feeding Mark Schutte who found O’Callaghan in a gap to bullet the ball into the Gaels net for their second of the day.

To their credit, O’Loughlins finished out the half stronger with two Bergin frees and two from play by Martin Comerford more than cancelling out O’Callaghan and Treacy’s points before the break.

The Kilkenny champs continued to press from the beginning of the second half, shooting four frees and one from play in the third quarter. Stephen Murphy continued to prove his worth in the Gaels goal mouth, denying Colm Cronin and miraculously denying Mark Schutte.

Bergin and Treacy were on point with their second half free taking. O’Callaghan and Darragh O’Connell kept things ticking and with minutes remaining Cuala were eight points clear and looking in a safe place. But in the 57th minute Danny Loughnane gave O’Loughlins a vital lifeline, raising the green flag and closing the gap with time to spare.

But Cuala were to have the last word, as they pushed bodies behind the ball and in added time after a David Treacy free, Mark Schutte drove the ball home to increase the margin again and put it out of Gaels reach once and for all.

DUBLIN HURLERS SEEK IMPROVEMENT AT GAELIC GROUNDS IN ROUND THREE