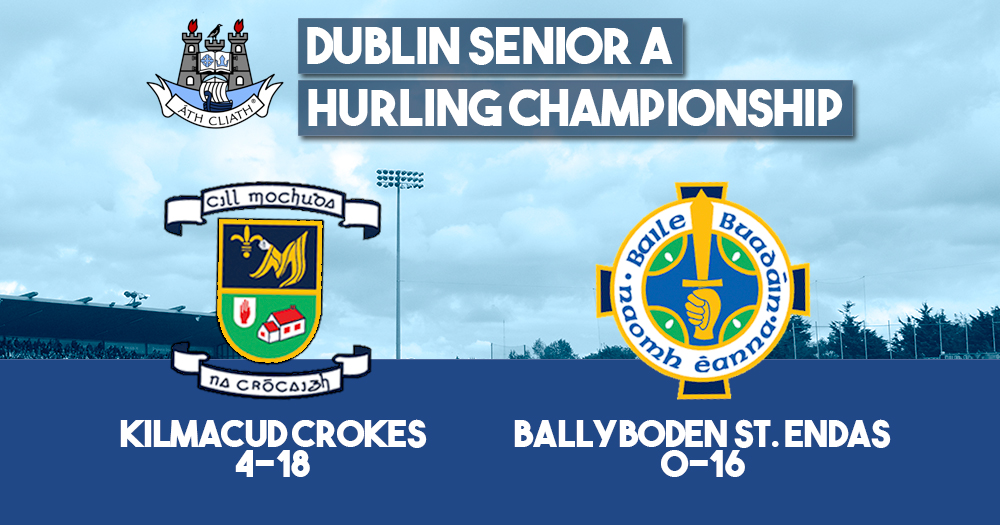 We waited for a thriller, and in some ways we got one. And with a minimal crowd in Parnell Park for obvious reasons, Kilmacud Crokes treated their small band of supporters to a winning start in the Dublin Senior Hurling Championship.

Four goals, from Ronan Hayes (2), Marc Howard and Alex Considine saw the Stillorgan outfit cruise to victory over Ballyboden, who last beat Crokes four months ago in a league clash.

But four months, and no action due to our COVID-19 lockdown has very much been a long time. And an echo bouncing throughout Parnell Park, Crokes judged the tempo of the game perfectly and in the second half they put their foot on the gas to burn past Ballyboden.

By the 27th minute the sides were level. but a foul on Marc Howard would immediately change Crokes fortune. Ronan Hayes stepped up and converted the awarded penalty. Point from Caolan Conway and today’s top scorer Oisin O’Rorke gave their side a five score cushion at the break.

Between the 37th and 43rd minute, Crokes punished the Boden defence with two goals. Alex Considine struck first, followed by Marc Howard, who finished a darting run down the left of Parnell Park into the net.

Fergal Whitely added scores, and even the absence of Oisin O’Rorke to a red card didn’t seem to break the sides’ momentum. A Fionn O Ceallaigh score followed by a second goal from Hayes put a fine polish on the Stillorgan men’s performance.

Dublin hurling, and Boden fans would have been glads to see Conal Keaney play the entire game, but sadly for his side they were no match for Kilmacud who certainly looked sharper and fitter.