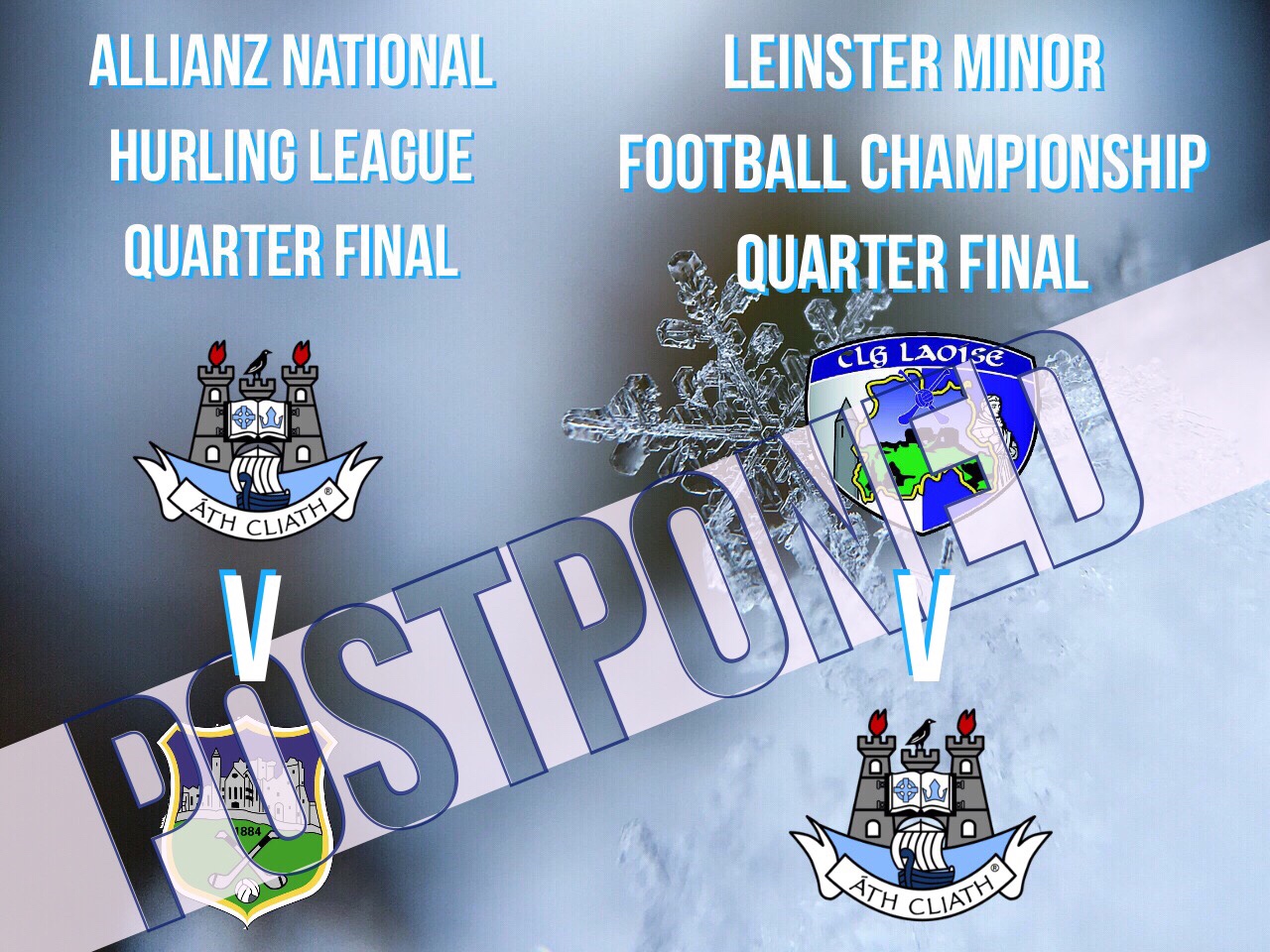 The unwelcome return of snow has once again played havoc with today’s GAA fixtures around the country with numerous fixtures postponed.

This afternoons Allianz National Hurling League quarter final between Pat Gilroy’s Dublin side and Tipperary which was due to take place in Parnell Park has been called off.

Supporters won’t have to wait long for the anticipated clash as it has been rescheduled to take place at the same venue tomorrow afternoon with the game down for a 3pm throw-in.

Also falling foul of the weather today is the Dublin Minor Ladies Footballers opening game in this years Leinster Championship.

Dublin are the current holders of the title and new manager Bobby McNulty’s charges were due to face Laois in Annanough GAA club in Stradbally in the Leinster Minor Championship quarter final at 2pm.

But the pitch was deemed unplayable this morning and the tie was rightly canceled. The Leinster LGFA have confirmed that all Minor fixtures have been rescheduled for next weekend but should counties agree and wish to play in midweek then they will be accommodated.