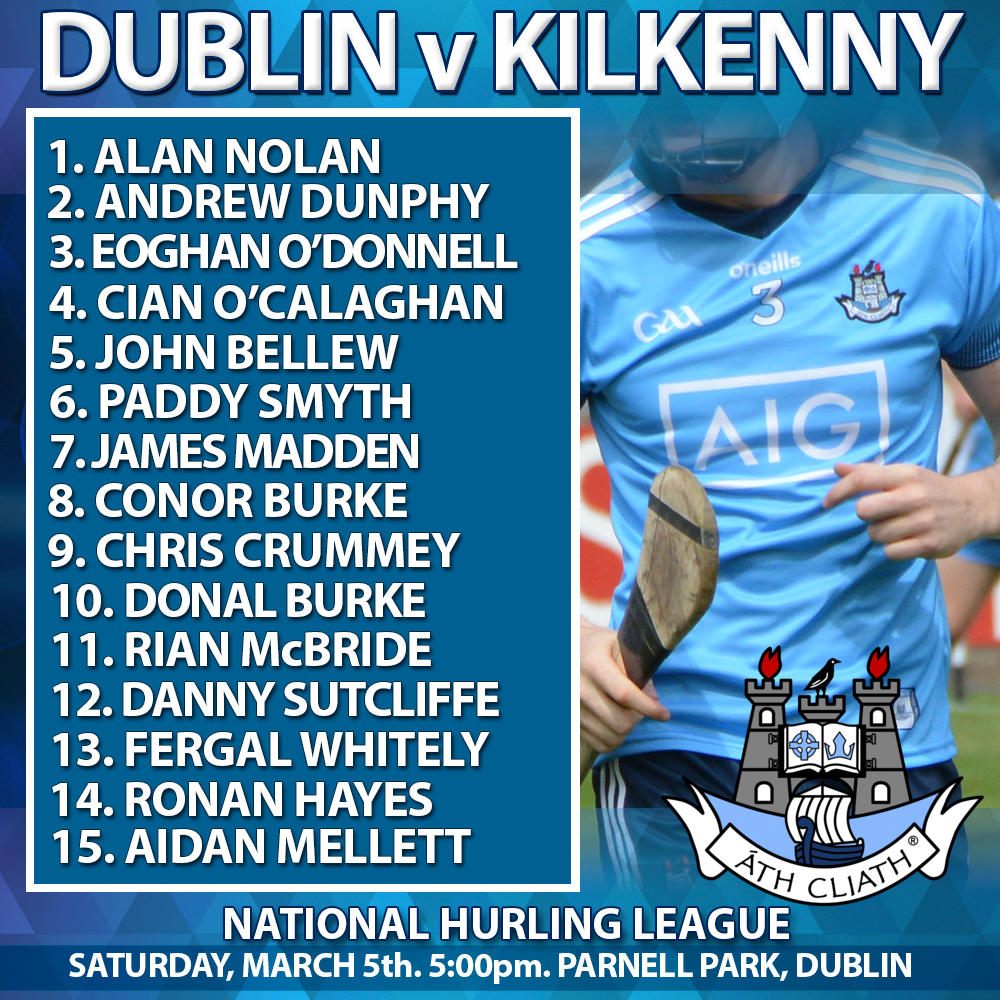 Mattie Kenny’s Senior Hurlers have been solid since the beginning of the year, and more consistent than any other year since the Galway native took over as manage. And with five points accumulated from three matches, Dublin’s steady opening to the hurling league is worthy of the utmost respect.

Mattie Kenny’s panel left Thurles bouyed from taking a Tipperary scalp, but another one of the big hitters will supply a severe test at Parnell Park. Kilkenny come to Parnell Park only dropping points to Tipperary and are only a point adrift of Dublin and Waterford at the top of the Group B Table.

It should be an intriguing affair at the Donnycarney venue with Kilkenny manager Brian Cody offering plenty of promising players chances to shine in the competition. Dublin’s tails are up after 3 dogged performances.

Earlier Kenny named his starting 15 for tomorrow’s game with one change from the team that started against Tipperary last week. That one change sees Alan Nolan replacing Seán Brennan in goal.