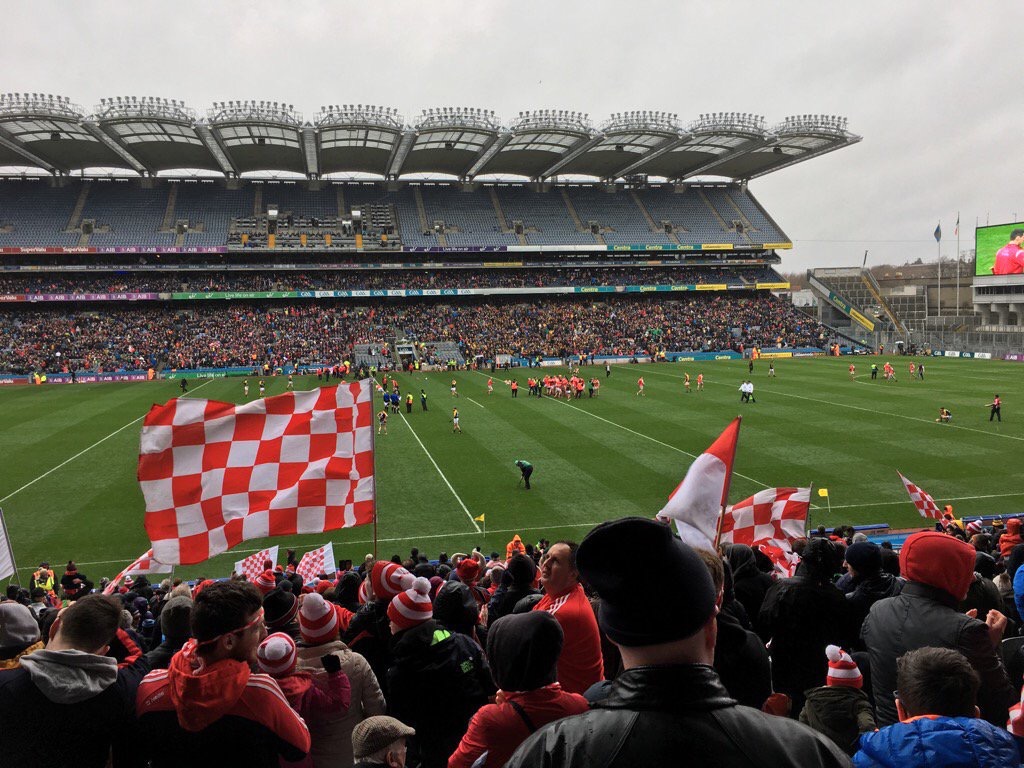 Cuala became the first Dublin Club to be crowned All Ireland Senior Hurling Club Champions this afternoon in Croke Park as they defeated Ballyea by 12 points.

The Dalkey club led by 1-07 to 0-04 at half time after a tense first period. Colm Cronin scored a good goal in the 15th minute to put the men in red in command of the game.

Ballyea were fortunate the first half deficit wasn’t bigger as Con O’Callaghan hit the crossbar with a clever lobbed shot over the Clare clubs keeper and it was scrambled clear.

By the 49th minute Cuala led by 1-14 to 0-10 and looked in complete control. But a minute later and a well take goal from Deasy brought Ballyea back into the contest.

But Cuala responded emphatically with a quick fire 1-01, a great point from Darragh O’Connell that could have easily ended up a goal. But Jake Malone made no mistake in the 54th minute to raise Cuala’s second green flag of the final to all but seal the win.

Cuala drove for home, a brilliant long range point from O’Connell who was just phenomenal today, was quickly followed with a point from Mark Schutte. It was left to Colm Sheanon to drive over the last two points of the game to finish off a great performance from the Dalkey club the new All Ireland SH Club Champions.

Congratulations to the whole squad, management, supporters and everyone involved with the club, Enjoy the Celebrations tonight. #TheToughest #Champions

BEST OF LUCK TO ALL DUBLIN TEAMS IN ACTION TODAY