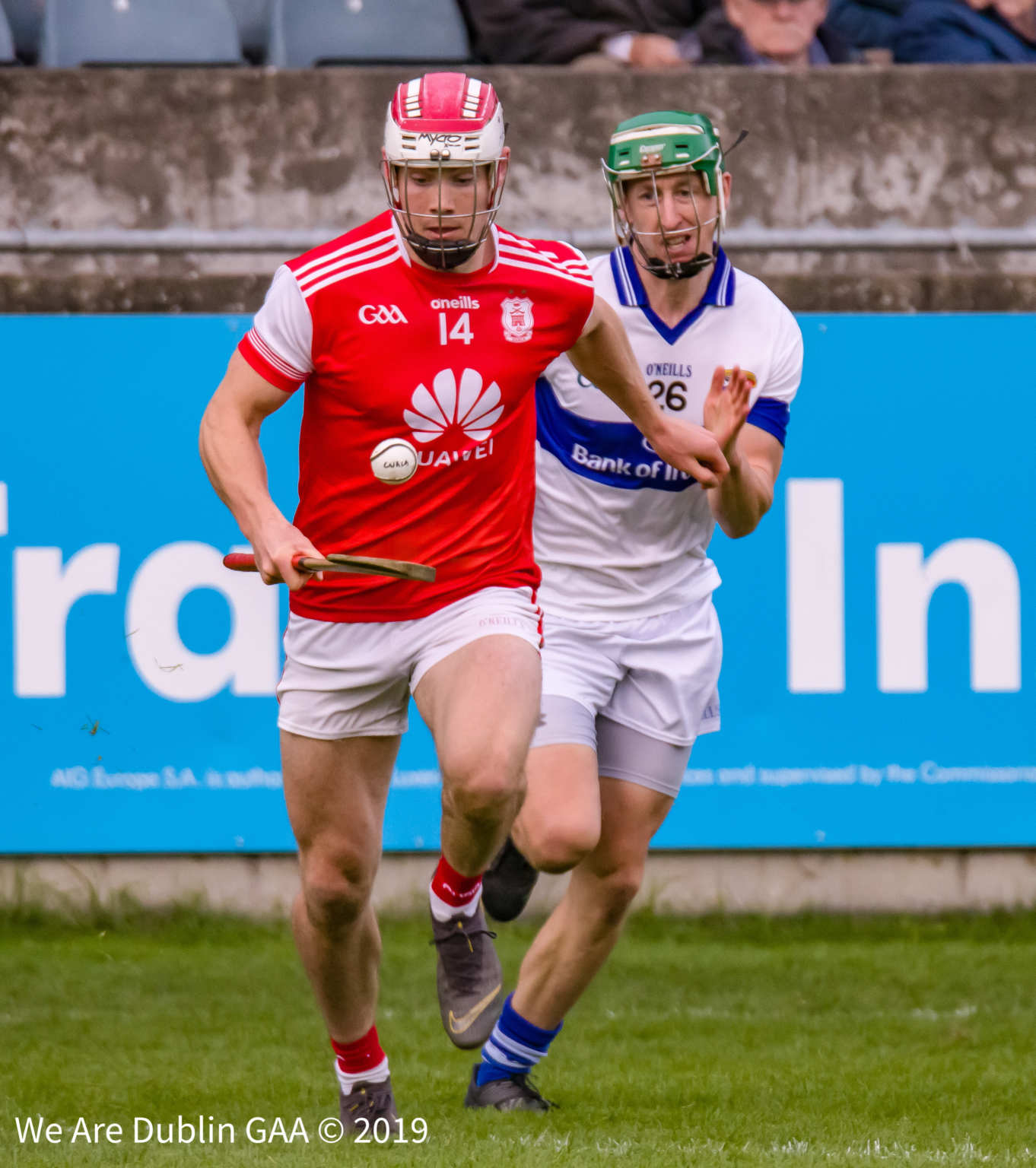 The fit again Schutte impressed throughout finishing top scorer on the day with 1-03. Cronin and Con O’Callaghan weren’t too far behind with 1-02 and 0-05 respectively.

The game started at a blistering pace and St Vincents got off to the perfect start inside the opening minute when Brian Bolger blasted the ball across the goal from the right and past the despairing dive of Cuala goalkeeper Sean Brennan and into the net.

But three minutes later and the St Vincents defence failed to deal with a ball in from the right touchline from Schutte and Sean Treacy tapped the ball home to bring the sides level.

More defensive confusion in the ‘Vinnies’ backline was punished by Mark Schutte who flicked the ball to the net and suddenly from being a goal down early on Cuala led by 2-03 to 1-00 with just nine minutes gone on the clock.

With their tails up Cuala played at their clinical and efficient best spraying pinpoint passes around the Donnycarney venue and taking their scoring opportunities with ease.

Schutte, O’Callaghan, Cronin, Darragh O’Connell and the impressive Nicky Kenny drove the red machine on in the first half and the big difference between the sides was the ease that Cuala took their scoring chances while St Vincents had to work damn hard for each of their seven first half scores.

During the opening half Vincents main threat came from John Hetherton and Conor Burke, Hetherton oozed class and the cleverness of his play was evident in one particular first half point, Hetherton flicked the ball back over his own head to cleverly set up Cian McBride for his point in the 14th minute.

But it was Cuala’s ability to consistently find a man in space which opened up Vincents and it was perfectly demonstrated just before the break when Darragh O’Connell found David Treacy unmarked on the far side of the pitch, Treacy turned inside, looked up and hit an accurate pass into O’Callaghan who turned and nonchalantly swung the ball over the bar to give the Dalkey men a 2-13 to 1-06 half-time lead.

St Vincents who had looked extremely impressive when they dethroned holders Ballyboden St Endas in the quarter final needed to up the ante from the start of the second to get back into the game.

And that they did with three unanswered points from John Hetherton to reduce the deficit to seven points.

But that was as good as it got for the Marino men as Cuala hit back with points from O’Callaghan, Schutte, Nicky Kenny and Jake Malone and when Colm Cronin stole in to smash Cuala’s third goal of the contest the writing was on the wall.

In fairness to St Vincents they never let their heads drop and battled right to the final whistle, but they couldn’t manage to conjure up the goal chances they needed to haul themselves back into the game and the Dalkey men ran out deserving winners.

On the 20th of October in the county final Cuala will bid for a fourth Dublin Senior hurling title in five years, standing in their way will be St Brigid’s who beat Craobh Chiarain in today’s other semi final.