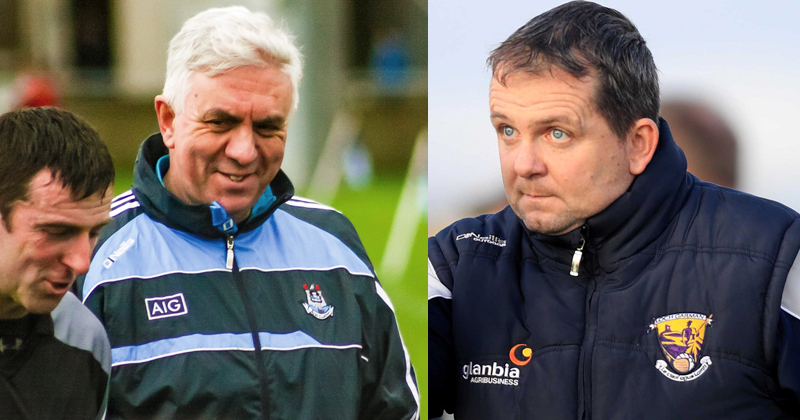 It’s still very early into the 2017 season but big guns need to be cleaned and oiled to see them through to the end of the Summer.

Ger Cunningham’s Dublin side have had the perfect start with two wins from two games in this years Walsh Cup with the hope of retaining the silverware they won in some style last year.

Comprehensive wins over Carlow and UCD so far has set up a mouth watering tie against Wexford this Thursday evening away from home.

The model county, under the watchful eye of one Davy Fitzgerald are also bursting out of the traps, with comfortable successes over the two aforementioned teams in this group of four with Dublin waiting and hoping to keep their 100% record and get one up over their final opponents from last year.

And it’s a tale of two counties. Dublin now in their third year under Cunningham will see this as a make or break year, with many fledglings looking to smash their way into the first team ahead of the National League and the Championship.

Already fans have been treated to some great individual performances from Donal Burke, Fergal Whitely and brothers Alex and Ben Quinn. And combined with old hands like Chris Crummey and Niall McMorrow this side is strengthening well, even before the return of more established players and the Cuala contingent still in All Ireland Club Championship action.

For Wexford, it’s a new era under former Waterford and Clare manager Davy Fitzgerald. And he’s already made his presence felt. A 35 point dismantling of UCD a comprehensive 15 point victory over Carlow has set tongues wagging.

But the new man in town is adamant there is still plenty of work to do.

“We just want to give ourselves a chance to be competitive as the year goes on and we’ll do that. We will improve.”

With controversy never too far away, Fitzgerald parted ways with Clare in the Summer. He now just wants to get on with the job in hand.

“They’re unbelievable sports people in Wexford. They’re crying out to have a bit of success.”

“I just want to go in and do a job that I enjoy. They’re supporting me great.”

It’s no surprise Thursday will be tagged as the first real challenge both Dublin and Wexford will face. Whoever wins will walk away with a semi final position. So it’s all to play for.