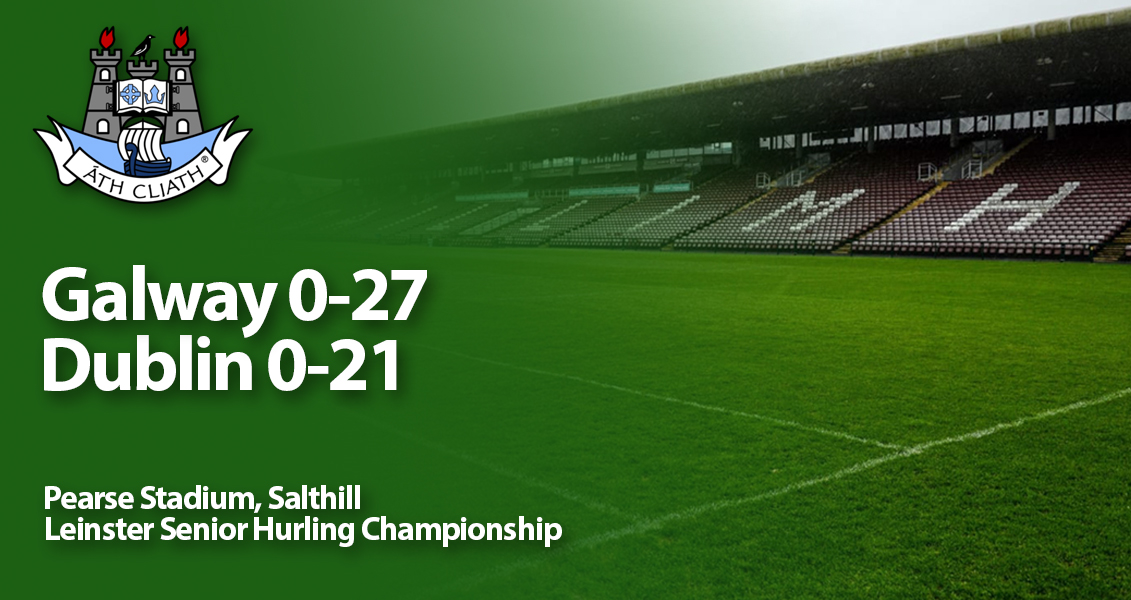 After tonight’s results in the final round of the Leinster Senior Hurling Championship, Galway and Kilkenny will contest the Championship decider. Sadly for Dublin, with Wexford beating Kilkenny this evening, it’s Wexford who will advance to an All Ireland Qualifier. That means Dublin’s season comes to an end for this year, which must be disappointing for manager Mattie Kenny after a promising start to both the league and championship.

Despite having the wind advantage in the opening half, Dublin trailed by 0-11 to 0-12. But the conditions didn’t suit either side in quite an uneventful first period. Galway eventually pulled away, even missing a penalty with Sean Brennan saving Conor Cooney’s shot.

In the tight first half the sides were level as many as 8 times. Many will blame referee Johnny Murphy’s whistle for the lack of flow to the proceedings.

Conor Cooney rose to Galway’s second top scorer in the championship behind Joe Canning when he landed the second of his 13 points.

Dublin depended too heavily on Donal Burke for scores. And while he landed five from play in addition to nine frees, they rarely looked like getting that goal that could have driven them on to try steel a win.

A free from Burke four minutes from the break leveled the sides. But Cooney struck three in a row for Galway giving them the edge.

Just when it looked like they would pull away though, Dublin finished the half strongly with a couple of points from Burke to leave the minimum between them at the break.

Galway took over after the from the start of the second half. Conor Cooney, Whelan, Cathal Mannion and Joseph Cooney hit great points. Despite Eamon Dillon and Chris Crummy responding for Dublin, Galway pushed on even after Cooney’s penalty was blocked after Whelan was fouled by Eoghan O’Donnell.

Donal Burke did as much as he to keep Dublin in the hunt. But Galway were able to land eoungh scores to ease their way to victory and set up another date with Kilkenny.