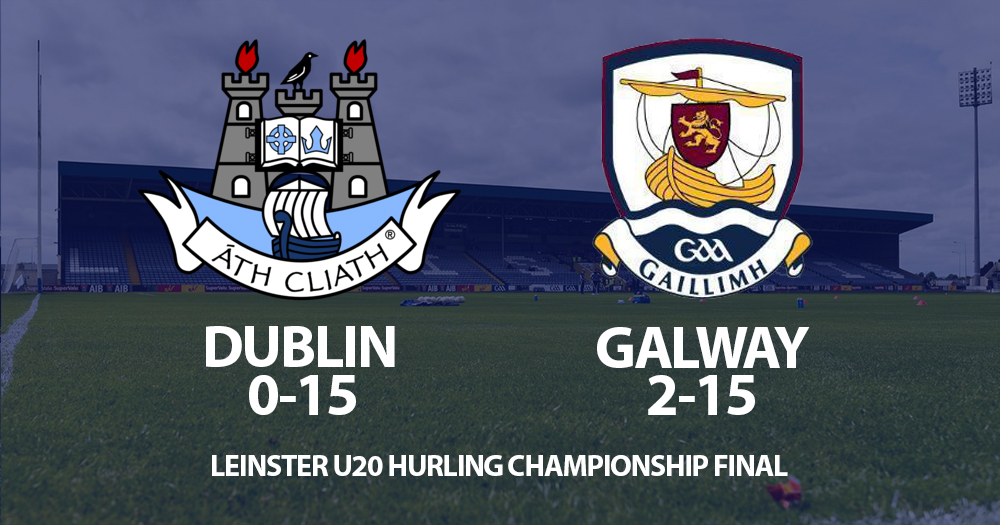 A goal in both halves was ultimately the deciding factor when the final whistle was blown on the 2021 Leinster U20 Hurling Final. And Galway reaped their revenge on Dublin only a month after they’d been crowned 2020 Champions.

The sides were level at half time on a 0-10 to 1-07 scoreline. Heartbreaking for Dublin’s keeper Ben Hynes as he failed to control a high ball in the eight minute only to watch Oisin Flannery pounce to raise a green flag for the Tribesmen.

And that pushed Galway into a 1-02 to 0-04 lead after Ciaran Foley (2), Dara Purcell and Kavin Lahiff had given Dublin a roaring start.

2 points seperated the sides at the water break with Galway in teh ascendancy, but frees from Foley tied the sides before Patrick Dunleavy pushed Dublin’s noses in front. Cat and mouse ensued when O’Shea pointed a brace to give Galway a 0-02 lead. But Lahiff and Purcell finished the half strong for Dublin drawing the competition level.

An early Donal Leavy point got Galway up and running after the break. But disaster struck for Dublin as John Cooney soloed through the Dublin defence and rocketed the ball into the top corner of Ben Hynes’ net to give Galway their second goal.

The Tribesmen never relinquished their lead, despite 10 second half wides. Apart from the goalkeeping prowess of Hynes Dublin sadly had no answer.

A late points from Sean McDonagh, and a seventh of the evening from O’Shea secured the title for Galway and a place in the All-Ireland final on Saturday week.