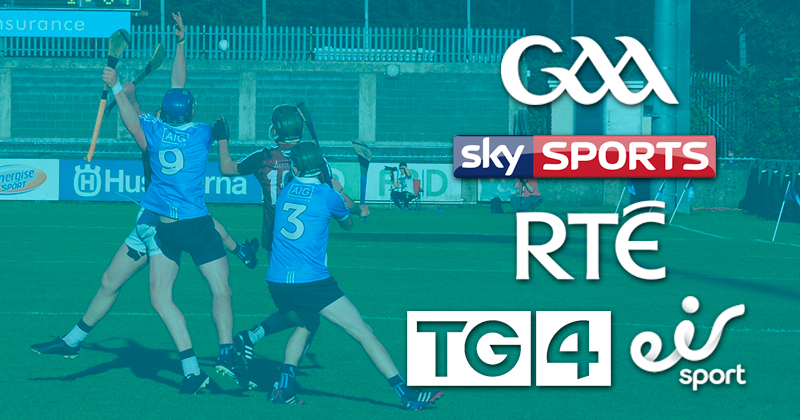 Yesterday GAA Headquarters announced it’s TV and Radio rights for the next five years, which come into effect at the beginning of the 2017 GAA Football and Hurling Championships.

RTÉ Television have again retained the rights to 31 Senior Championship games each year. This includes all provincial hurling and football finals, both All Ireland Hurling and two All Ireland Football quarter finals, and the All Ireland Semi Finals and Finals in both these codes.

Ulster Football fans will continue to see coverage of their Championship on BBC Northern Ireland.

45 games across the GAA Football and Hurling Championship will be broadcast live and of course RTÉ will still continue to host The Sunday Game highlights show on Sunday nights.

Saturday night Allianz League games will be broadcast on the Eir Sport platform.

Exclusive live rights have been secured by RTÉ Radio 1 for all GAA games including inter-county league and championship action. RTÉ Raidió na Gaeltachta will broadcast all year long ‘as Gaeilge’.

The GAA’s will continue it’s existing agreement with local radio, spanning 20 stations around the country. Today FM and Newstalk will both be awarded score flash rights.

The GAA has retained its clip rights for all games across their digital platforms. Football Championship sponsors Eir will also have access to these rights in addition to access to the GAA archive. Sky Sports will have clip access for their 14 exclusive games.