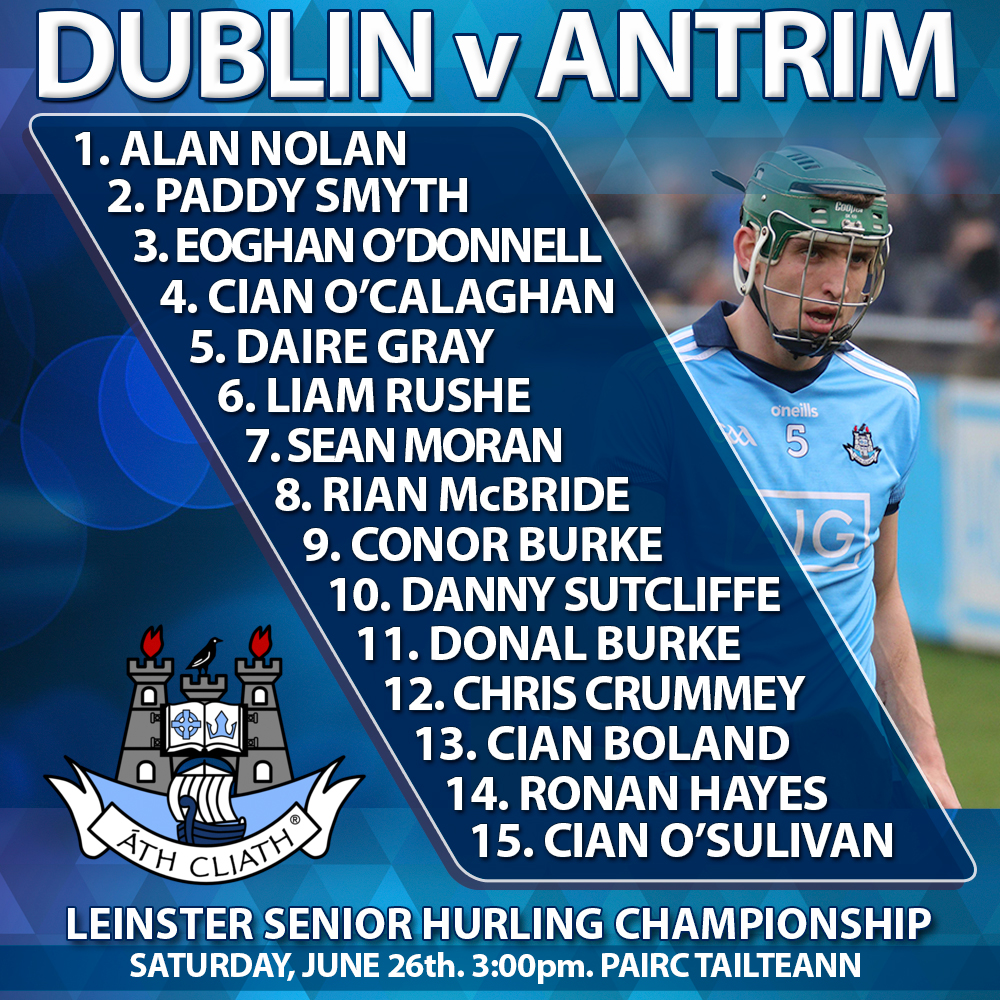 It’s hard to believe that the league is already done and dusted, and Championship gets underway this weekend. And Dublin start their 2021 campaign a stone’s throw away in Navan as they face Antrim in the Leinster Senior Hurling Quarter Finals. If they’re successful over the men from the North, they’ll have a tasty task ahead in Galway in the last four.

At the end of last month, the Dubs entertained Antrim at Parnell Park. And in that game they came away eight point winners on a 1-26 to 1-18 scoreline. But if nothing else during the league Antrim have shown a calibre worthy of being in the mix in this year’s provincial championship.

Mattie Kenny starts the championship making four changes to the side that started against Wexford two weeks ago to finish the league campaign.

Sean Brennan makes way for Alan Nolan to take the Number 1 jersey. And Paddy Smyth, Seán Moran and Cian O’Sullivan come into the side in place of James Madden, Mark Schutte and Davy Keogh.

THERE WAS NO SHOCK ON HOW GOOD OFFALY WERE – DANNY...