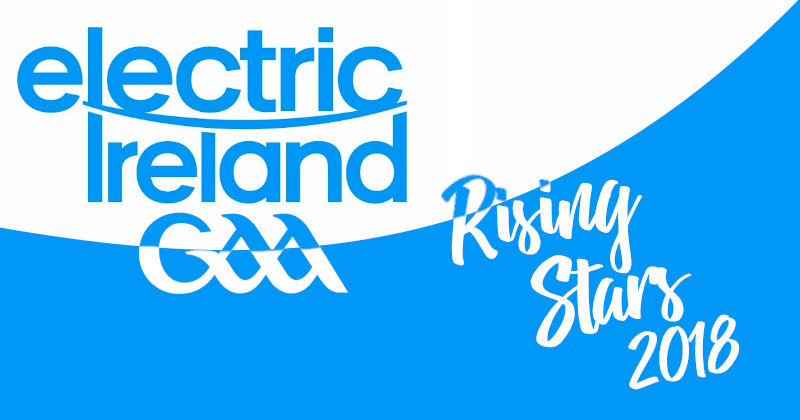 The Higher Education Rising Star Awards, in association with Electric Ireland, recognise the outstanding performances put in during the Third Level Football and Hurling Championships.

Players in both the Fitzgibbon Cup Hurling Championship and the Sigerson Cup Football Championship are chosen as the teams of the year in their respective codes.

It’s no surprise that UL have dominated the positions in the Fitzgibbon Cup Team Of The Year with as many as seven of the starting fifteen representing the college. Five teams are represented across the fifteen places, and it’s fantastic to see Dublin hurlers Eoghan O’Donnell and Donal Burke’s names in the start studded list. Eoghan and Donal represented DCU Dochas Eireann and are joined by two more of their team mates, Joe O’Connor and John Donnelly.

In Football there are also five teams sharing the plaudits in the Sigerson Cup Team Of The Year. UCD and NUIG for obvious reasons fold the line share with five and four places respectively. Of the UCD contingency, Dublin’s Conor Mullally has been named in the half back positions, while Andrew McGowan represents DIT in the full back line.

Uachtarán CLG John Horan was on hand to congratulate all the recipients of the awards in both hurling and football.

“We are delighted that our third-level institutions, which are rated so highly all over the world for the calibre of young people they help to mould, are so committed to the promotion and playing of our Games and we appreciate that support.” he told Official Dublin GAA

“The Higher Education competitions produce games of the highest quality and these awards carry a major standing as a result.”

“Over the last number of years it has become a real statement of intent from young players involved at third level football and hurling championships that the form they show here is a sign of things to come at inter-county level.