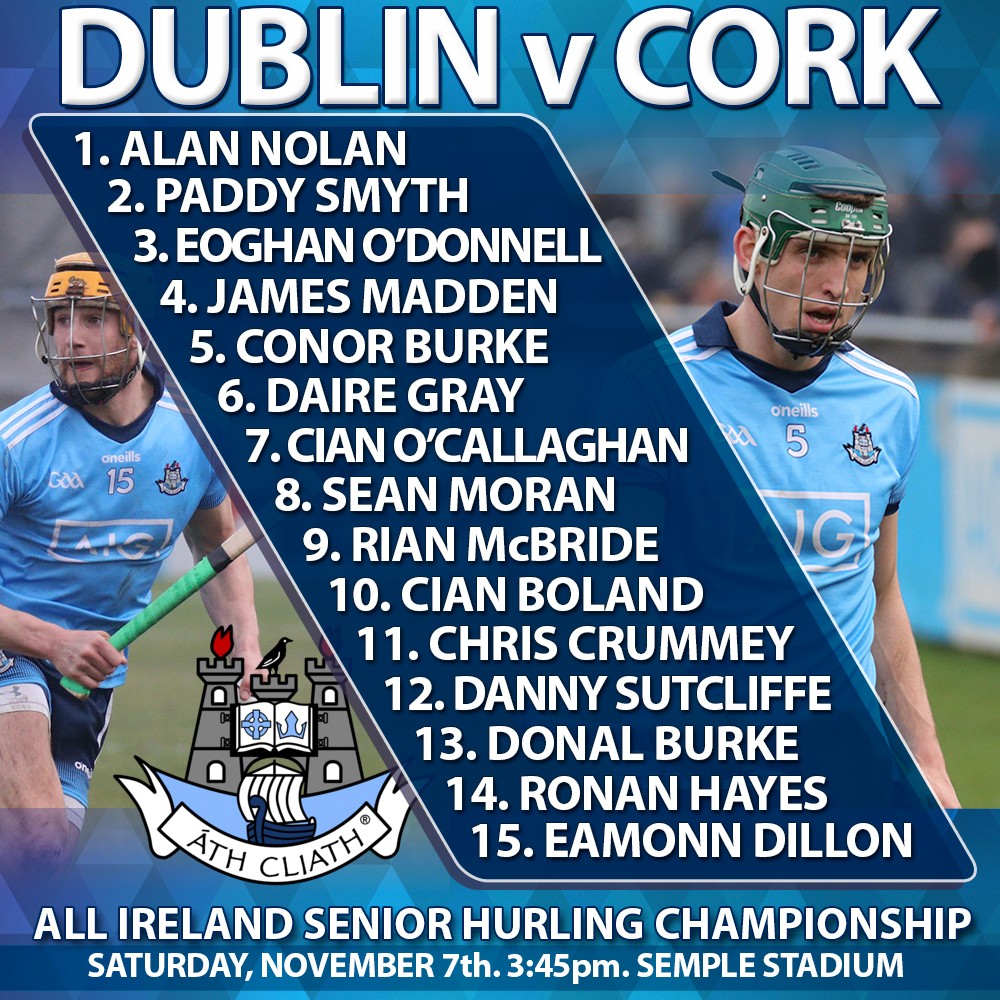 Dublin head for Semple Stadium tomorrow in search of a first hurling championship win over Cork since 1927. And based on the last two outings in the Leinster Championship, there’s absolutely no reason why Mattie Kenny’s side can’t come away tomorrow with another All Ireland clash to savour.

Like Dublin, Cork exited their provincial competition at the Semi Final stage after losing to Waterford in Munster last weekend.

After two cameos against Laois and Kilkenny, Mattie Kenny has named Naomh Fionnbarra’s Eamonn Dillon in tomorrow’s starting 15, along with Ronan Hayes from Kilmacud Crokes. Both players impacted off the bench in a stunning second half against Kilkenny that saw Dublin claw back a 15 point defecit and almost steal a victory.

Joining Chris Crummey, Cian Boland, Danny Sutcliffe and Donal Burke, Dillon and Hayes make up a very frightening front 6 for Dublin, that have the potential to take on any hurling team in the country. And if Dublin are successful in their task against the Rebels tomorrow they’ll come up against Tipperary in the next round, one game away from an All Ireland Quarter Final.

Seán Kelly – Don’t throw in the towel on 2020 Championship

DUBS MUST WIN AS FEAR OF RELEGATION THREATENS