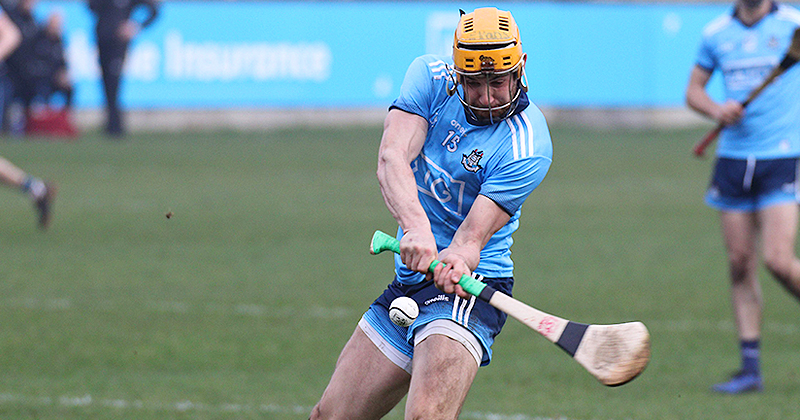 If it were any other year, and we weren’t subject to these current restrictions, how many Dublin supporters might have decided to leave Croke Park at half time in this afternoon’s Leinster Hurling Semi Final against Kilkenny. But if they had, imagine what they’d have missed?

It was almost one of the greatest comebacks in the history of the hurling championship for Dublin, but Alan Murphy and Huw Lawlor scored late to secure a victory for Kilkenny sending them into the Leinster Final to face Galway. But going into Monday’s All Ireland Hurling draw, Dublin boss Mattie Kenny must be bouyed by the reslilience of his side as the ran Kilkenny to the final whistle after clawing back a 15 points margin from half time.

Kilkenny hit the net three times in the first half, and the usual scoring prowess of TJ Reid was on display as they put them selves out of sight of Dublin early on.

Dublin started well, restricting their opponents to frees from Reid, but it wasn’t long before Kilkenny opened up the Dublin defence. Billy Ryan powered through to drill the ball past Alan Nolan in the Dublin goal. And before the dust settled, Reid had claimed a high ball and finished low into the net for their second.

It certainly put Dublin on the back foot, and even Donal Burke, who shone last weekend against Laois, looked out of his depth shooting five wides that he would have landed a week ago.

Colin Fennelly, who’d been fairly quiet in the opening half, had the last say before the break as he barrelled the ball into the net, making an unenviable task for Dublin.

Dublin Subs shine as they reduce the defecit

The bite had really gone out of the game as the second half restarted. But Mattie Kenny made some calculated changes mid way through, and every one of them paid off.

Donal Burke finally found his range and started poping the scores over. Eamonn Dillon went close on goal twice but was denied. Finally Ronan Hayes broke the deadlock slicing a ball in from the end line in the 57th to raise Dublin’s first green flag. Burke sent four over on the bounce.

The Na Fianna man’s shot on goal was parried by Kilkenny Keeper Eoin Murphy, Chris Crummey was in the perfect place to get on the end of the ball to score Dublin’s second and chip away at the gap even more. Dillon ran the Kilkenny defence ragged, scoring a total of four, but late scores from Murphy and Lawlor sealed the win for Kilkenny.

But Dublin will take huge positives from a resilient performance against a very comfortable Kilkenny side.