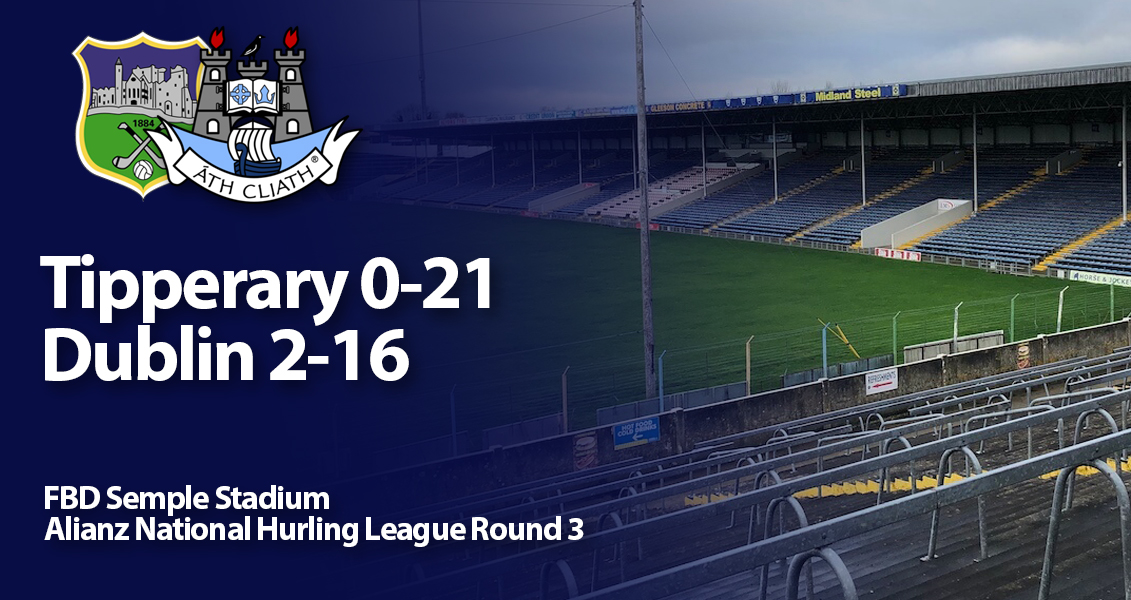 We said it was going to be a slogger, we said Dublin would be up for the challenge. They were forced to dig very deep, and they absolutely did. Dublin remain unbeaten in 2022, more importantly they stay unbeaten in the National Hurling League. They now sit top of Group B in Division 1, and no matter what happens tomorrow they should remain there going into the next round.

With 20 minutes to go Dublin had bossed themselves into a 5 point lead, thanks to goals from Rian McBride and Ronan Hayes. And it proved priceless as they faced a barrage of pressure from Tipperary who reeled off the last four scores of the game to get themselves within a score of drawing the game.

Late opportunities from Ronan Maher and Jason Forde to level the game failed to convert as Tipp saw their own unbeaten record end on home soil. And it was only the fourth time in eleven league and championship games that Dublin picked up a win in Thurles.

Freetaker Donal Burke brought his tally to 1-30 to date registering 0-09. And there were top performances all over the park most notably Aidan Mellett, McBride and Dublin’s Captain Eoghan O’Donnell in defence.

Leading by a single score (1-08 to 0-10) at the break despite playing into a strong wind, Dublin pushed on and added another on the restart. But Tipp rallied, drew level, and even pushed themselves 2 in front. But Dublin clawed the defecit back and put themselves 2 points ahead before Hayes hit the net. Tipp threw everything into the last quarter but came up short.

Dublin return to Parnell Park for their next round game to face Kilkenny.