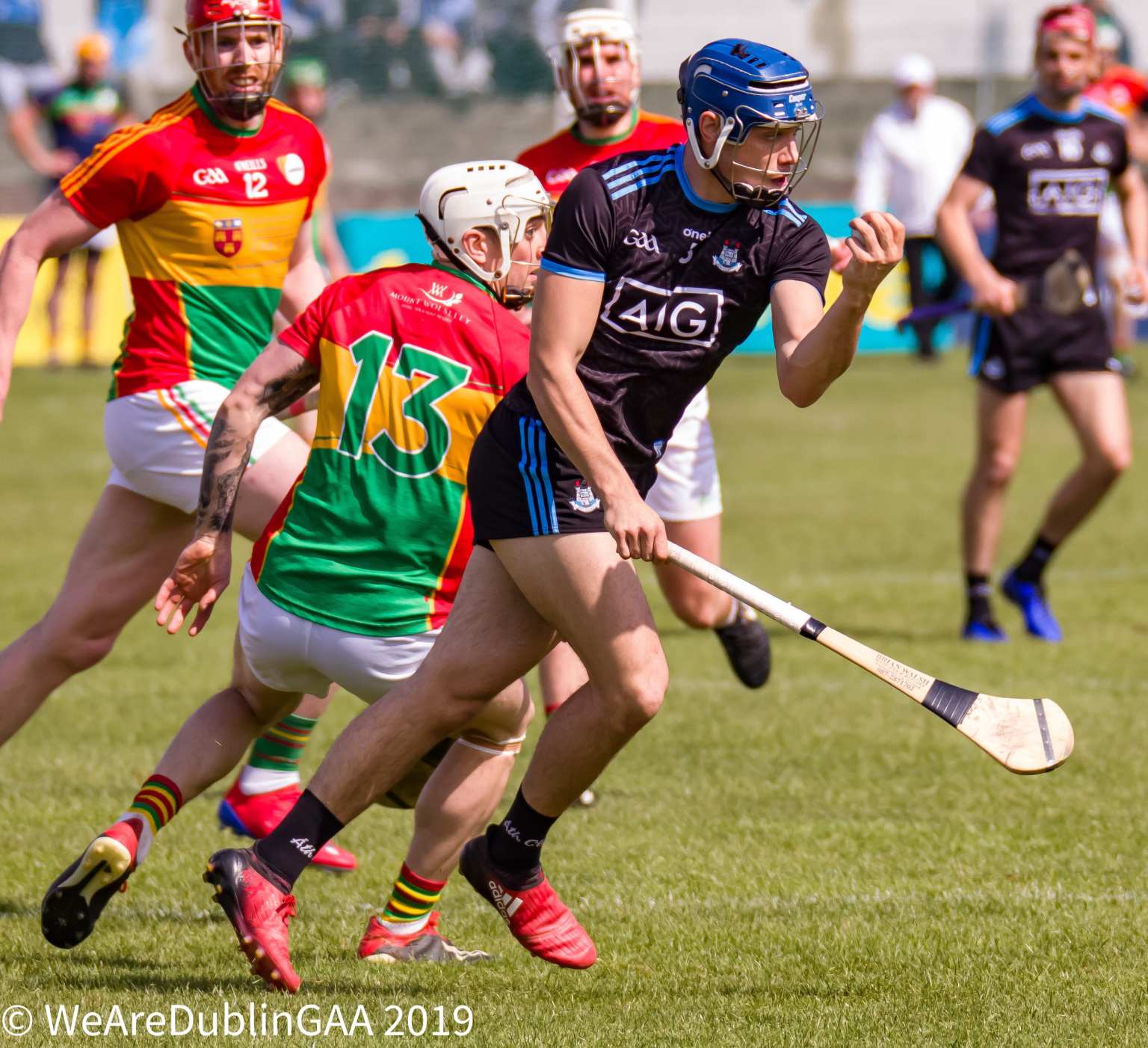 Dublin have their Leinster SHC destiny n their own hands after a comprehensive 12 point win over Carlow this afternoon in a windy Netwatch Cullen Park.

Two first half goals from Eamonn Dillon gave Dublin a solid foundation to build on and Mattie Kenny’s dertermined and committed side got the job done.

With just a draw to their name Dublin couldn’t afford any slip-ups today with only one guaranteed game after this today’s game which is at home to Galway in two weeks time.

With that in mind Dublin were sharp from the off and led by 1-04 to 0-02 after 13 minutes, Paul Ryan(2), Cian Boland and Ronan Hayes with the points and Dillon’s goal put clear daylight between the side, the Naomh Fionnbarra man won a long free turned inside his man and struck the ball low into the bottom corner.

Points from the Conal Keaney and Paul Ryan stretched Dublin’s lead with Carlow’s Martin Kavanagh with four points and Edward Byrne and John M Nolan with one apiece trying to keep their side hanging onto the Dublin coat-tails. 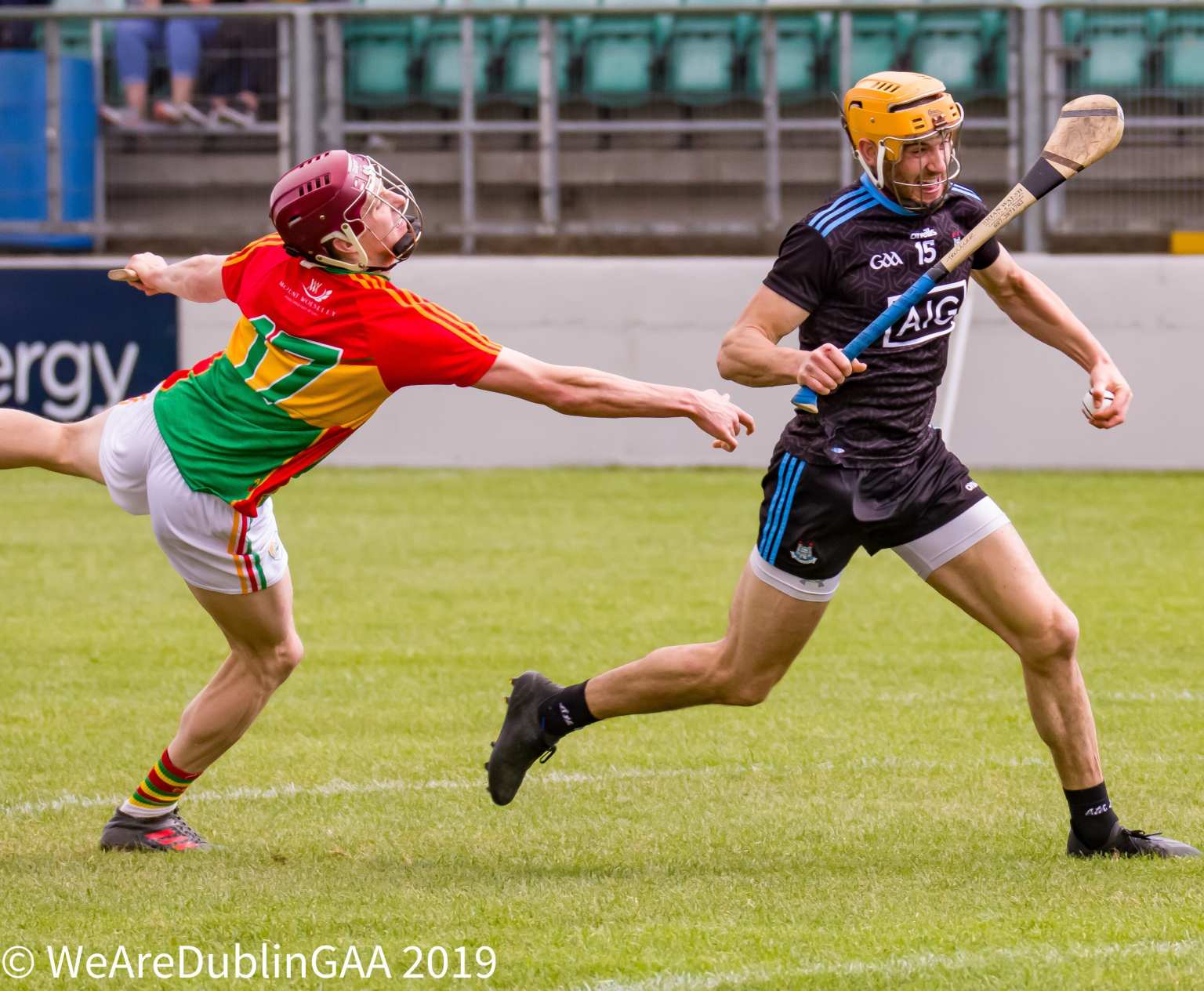 But Eamonn Dillon’s second goal in the half in the 28th minute after good work from Keaney and Ryan put Dublin in full control and left Carlow with a mountain to climb.

Dublin were dealt a blow just before the break when they were reduced to 14 with Shane Barrett shown a straight red card. But Mattie Kenny’s header into the dressing rooms leading by double figures with the halftime score 2-10 to 0-08.

The numerical disadvantage though didn’t halt the Dubs as they outscored Carlow seven points to one in the opening 12 minutes of the second period, three from Conal Keaney, two from Paul Ryan and one apiece from Eamonn Dillon and full Eoghan O’Donnell to open up a 2-17 to 0-09 lead.

Carlow then had their best spell of the game, James Doyle gathered a long ball turned towards the goal and buried the ball past the advancing Dublin keeper Alan Nolan to the net. Chris Nolan tagged on two quick points as Carlow tried to eat into the Dublin lead.

Mattie Kenny’s side though finished the game strongly and points from Fergal Whitely(2), Dillion and Ronan Hayes sealed a comprehensive Leinster SHC win.