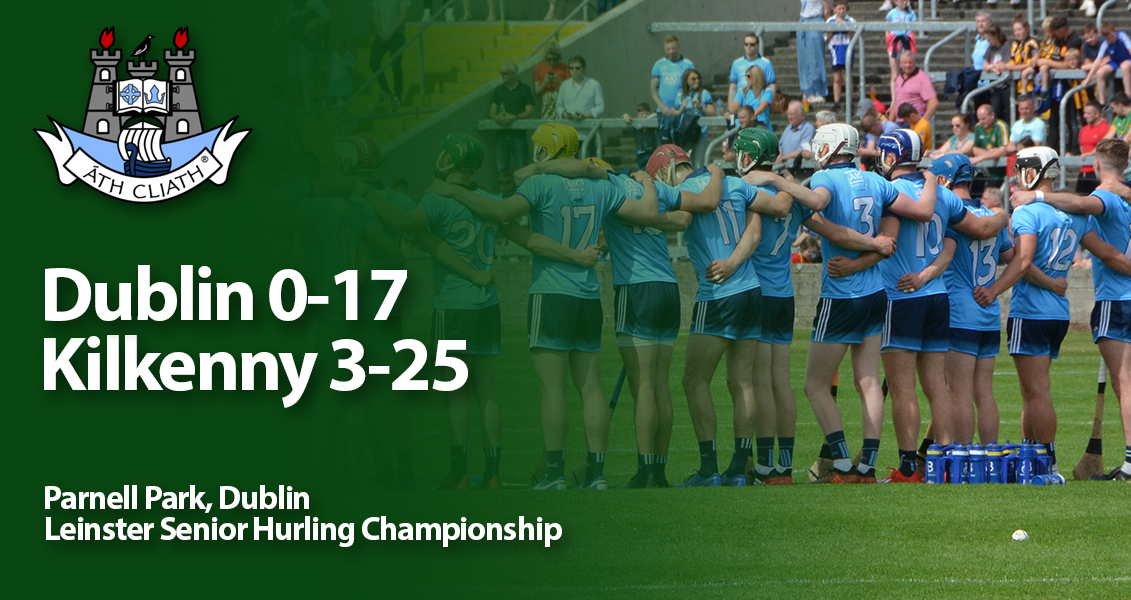 It was a 2-23 to 0-16 win for Kilkenny over Dublin back in their National Hurling League back in March. And tonight it was more of the same as Brian Cody’s side coasted to a 3-25 to 0-17 victory at a packed Parnell Park. It’s disappointment for Dublin after winning their opening three contests. And quite a worrying display ahead of their trip to Salthill in the final round.

Two goals from Martin Keoghan, in the 28th and 47th minutes saw Kilkenny grow stronger and stronger as Dublin faded in the final 20. TJ Reid added a third goal and it was a much needed boost after losing to Galway in the last round.

THe first half was a closer contest than the second wiith the sides level six times with the game played a t a frantic pace. And the sides were all square on 0-11 each before Keoghan hit the net for the first time. To Dublin’s credit they responded better, with Rian McBride and Donal Burke splitting the posts to draw the defecit back to 0-01 but Kilkenny had the momentum going into the dressing room and built on it on their return.

Dublin substitute Mark Schutte pulled a score back for Dublin on the restart but it would be one of only six Dublin scores, as Kilkenny would convert a further 2-14. And when Keoghan struck the net in the 47th the game was over as a contest. TJ Reid, who peaked late and finished with a tally of 1-07, found the net in the 55th. And with late showings form Eoin Cody, Adrian Mullen, John Donnelly and Sub Cillian Buckley it’s back to the drawing board for Mattie Kenny.