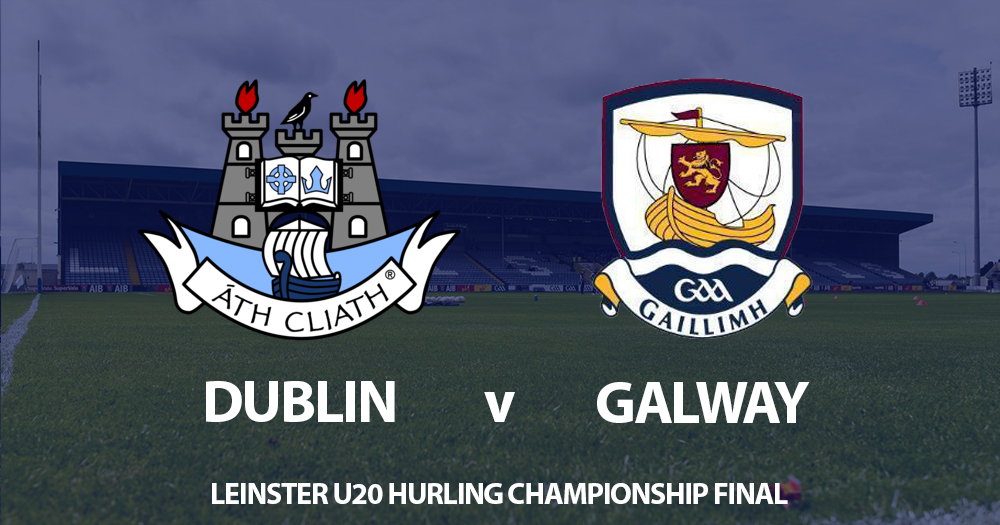 Dublin U20 Hurling Manager Sean Power has annouced the panel that will contest tomorrow’s Leinster Final against Galway.

There’s one change to the starting side that beat Offaly last week in their Semi Final clash. Kevin Lahiff replaces Liam Dunne in the half forward line.

The Boys in Blue are looking to retain the Leinster title, having won the Covid-delayed 2020 Leinster Final last month. A 2 point win saw them beat Galway in O’Connor Park in an exciting contest.

Nothing separated the sides throughout an enthralling second half with both Dublin and Galway flexing their scoring muscles. Free takers Liam Murphy and Donal O’Shea kept the scoreboard ticking. And both sides had second half goal chances.

Dublin led by 2 scores as the half took on a point for point feel, with the teams level as many as six times. And while Galway got the opening 3 scores on the restart from Fleming and O’Shea and Mark Kennedy, Dublin were relentless.

Darach McBride and Micheál Murphy quickly had the Dubs back on top, but Ian McGlynn levelled on 5 minutes. The Tribesmen again took the lead, and at the water break O’Shea had converted two more frees to give Galway a 1-15 to 1-13 advantage.

Two scores from player of the match Lee Gannon drew Dublin level again. And for the rest of the game is was point for point. Murphy was the difference at the close of the game registering three frees to cancel out scores from Mark Kennedy and Fionn McDonagh

Tomorrow’s game throws-in at 7.30pm and will be shown live on TG4