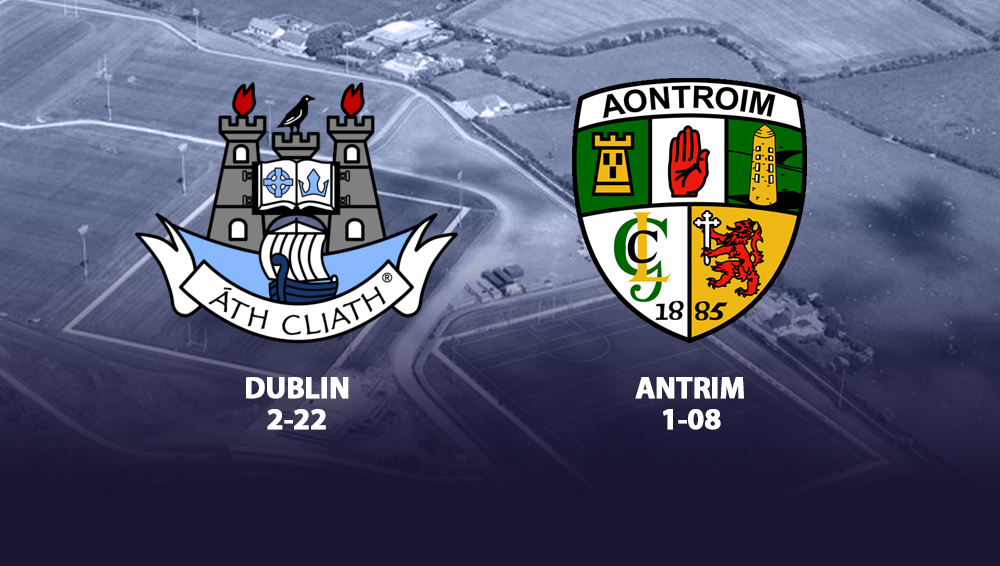 A convincing second half at the Louth GAA Centre Of Excellence in Darver saw Dublin’s U20 Hurlers clear the first hurdle in this year’s Leinster U20 Hurling Championship. But with the change to Level 5 COVID-19 restrictions, and the GAA’s clarification on future Inter County action, they’ll need to wait over 5 weeks before they know if the remainder of the competition will go ahead. They are due to face Offaly in the competition Quarter Final.

The boys in blue held a four point lead at the break, and once they got control of the fixture they methodically moved out of sight of opponents Antrim. Micheál Murphy shot two points, with Liam Murphy and Dara Purcell following in behind putting Dublin 1-12 to 1-05 ahead.

From here, Paul O’Brien’s side began to score for fun, hitting 1-10 with no response over a ten minute spell. Antrim simply had no answer for the onslaught and were on the backfoot, sacrificing scoring for defending.

Kevin Desmond, a half time replacement, hit the net in the 46th, adding to Eddie Gibbons first half green flag. Purcell, Luke McDwyer and Liam Murphy added scores as the Dublin Hurling side settled into a groove their opponents couldn’t shake. Murphy added two more as the Dubs moved further ahead. And when Mark Sweeney, Micheál Murphy and Purcell chalked three more the game was well and truly over at 1-22 to 1-06.

Antrim finsihed the game with the final two scores, but they were simply a consolation making it a fourteen point game.

GILROY MAY STILL BE FRONT RUNNER FOR HURLING HOT SEAT

Mattie Kenny To Remain In Dublin Despite Galway Job Speculation