Despite losing Rian McBride to a red card, Dublin came away from O’Moore Park with massive victory over Laois 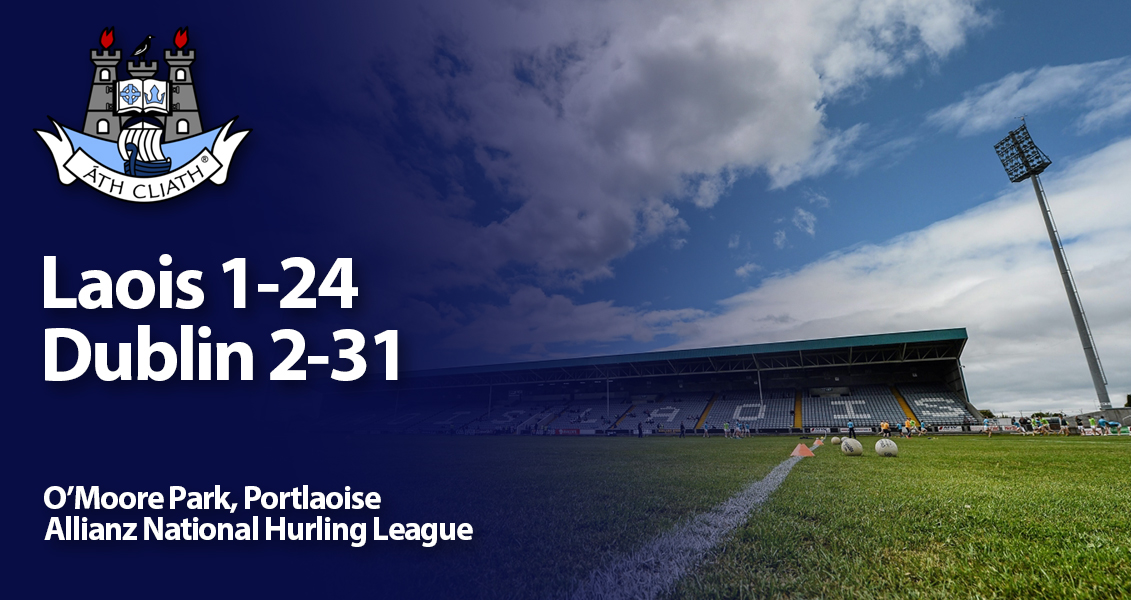 With Kilkenny beating Waterford, it meant Dublin’s National League Campaign would end today. But that didn’t stop them ending it in style with a 10 point win over Laois.

Both Donal Burke and Fergal Whitely again maintained their consistency scoring 0-21 between them. And even though they played most of the second half with 14 men, after losing Rian McBride to a red card, they remained comfortably in control to see out the game.

Scores for both sides came think and fast in the opening half, with Burke opening Dublin’s account in the second minute. Cha Dwyer briefly put Laois in front but as the half developed Dublin pushed ahead. Burke added two scores, with PJ Scully cutting the lead with a score of his own.

Scully nailed a free, with James Keyed and Dwyer helping Laois through a nice purple patch, making the score 0-08 to 0-07 on 15 minutes. By 21 minutes Dublin lead by 0-11 to 0-09 but they kicked on scoring six scores; three from Burke. Podge Delaney fired over for Laois before James Keyes’ effort for a point was fumbled in by Dublin keeper Sean Brennan for a goal.

The score sat at 0-21 to 1-12 at the break thanks to additional scores from Burke and Davy Keogh.

Dublin made the perfect impact on the restart with Eamon Dillon finding raising a green flag. Burke and Rian McBride put them 1-24 to 1-12 ahead on 40 minutes.

Dublin forward Rian McBride was shown a straight red card for an off the ball incident and the scoring petered out in the last 20 minutes.

But Dublin ended the game in style with Alex Considine getting in for their second goal deep into injury time.