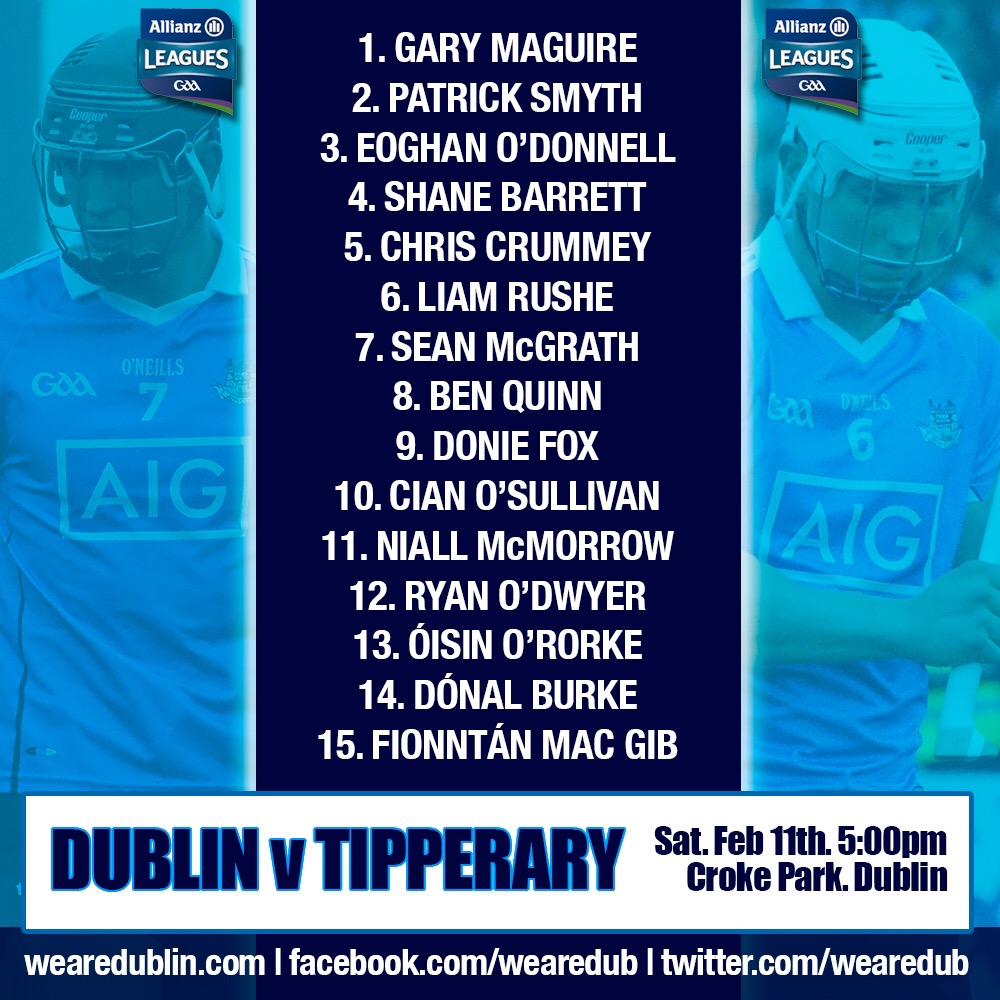 Midfielder Domhnall Fox, who won an U21 All-Ireland with Galway in 2011, will also make his debut for the Boys In Blue having transferred to St Jude’s last year.

The Dublin manager will be looking for massive performances from marquee players like Liam Rushe, who captains the side from centre-back, Gary Maguire, Chris Crummey and Ryan O’Dwyer.

Dublin are without their eight-man Cuala contingent along with the injured Eamonn Dillon, Cian Boland, Chris Bennett and Daire Gray.

Minor Hurlers Beat Wexford To Finish Second in Tier 1 Of...