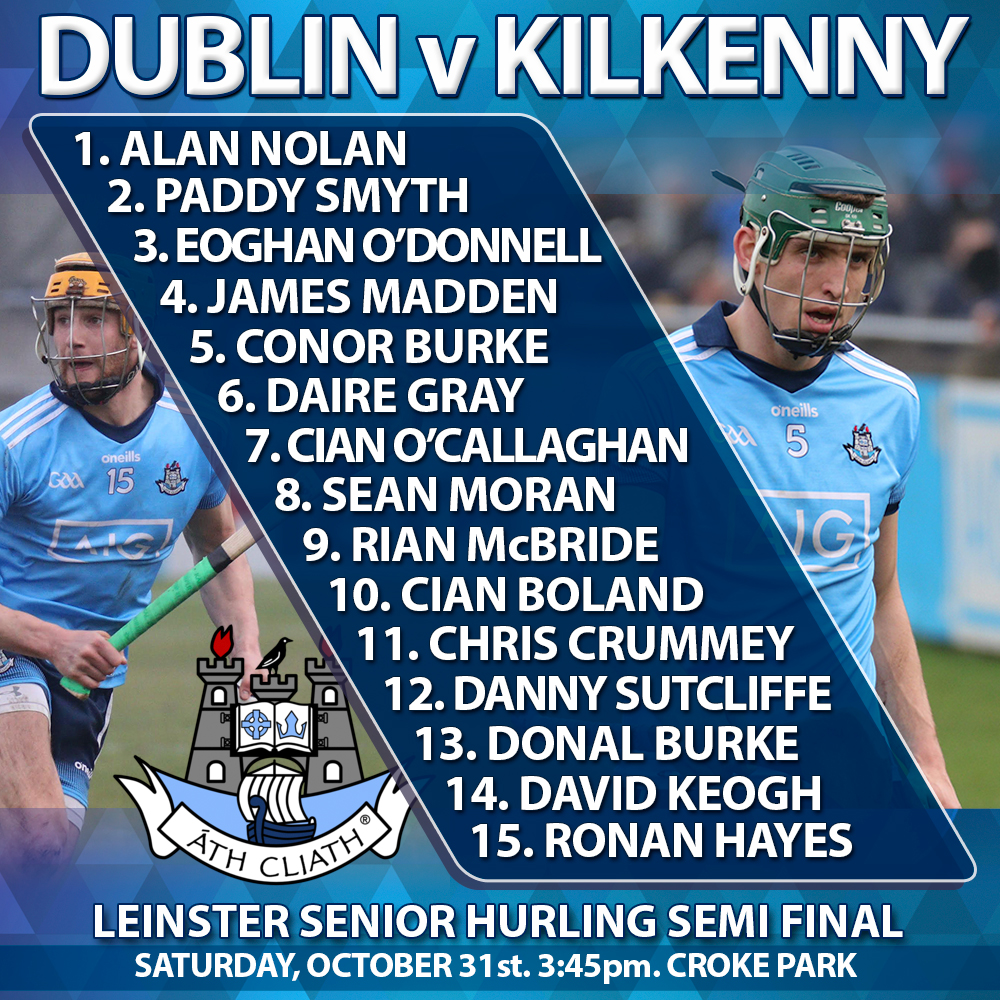 Dublin led Laois a merry dance, making amends for their defeat at the hands of the men from the O’Moore County in last year’s All Ireland Qualifier. Debutants Conor Burke and Davy Keogh retain their places in teh starting line up after impressing in that championship opener. And of course it goes without saying that Donal Burke, who bagged a personal tally of 1-16, will start once again in the forward line.

Burke, who stood out in last week’s game with some piercing runs out of the half back line, will again join the back six, that also features the ever impressive Eoghan O’Donnell. Chris Crummey and Cian Boland posed a huge problem for Laois last week in the forward line, wil again be called on to face a sterner task from the Kilkenny back line.

Mattie Kenny will be hoping to add a rare win to Dublin’s record against Kilkenny, with 2013 being the last time they beat the Cats in the Hurling Championship. That Semi Final replay saw the Dublin Senior Hurlers go on to win their first Leinster Championship since 1961.

In 13 Championship games between the sides, since Brian Cody took over the Kilnenny reigns in 1999. Kilkenny have won 11 of those games, drawing one, with Dublin only grabbing that 2013 Semi Final replay.

One Change to Senior Hurlers For Huge Leinster Semi Final

THATS WHEN YOU GET INJURED, WHEN YOU ARE HOLDING BACK –...