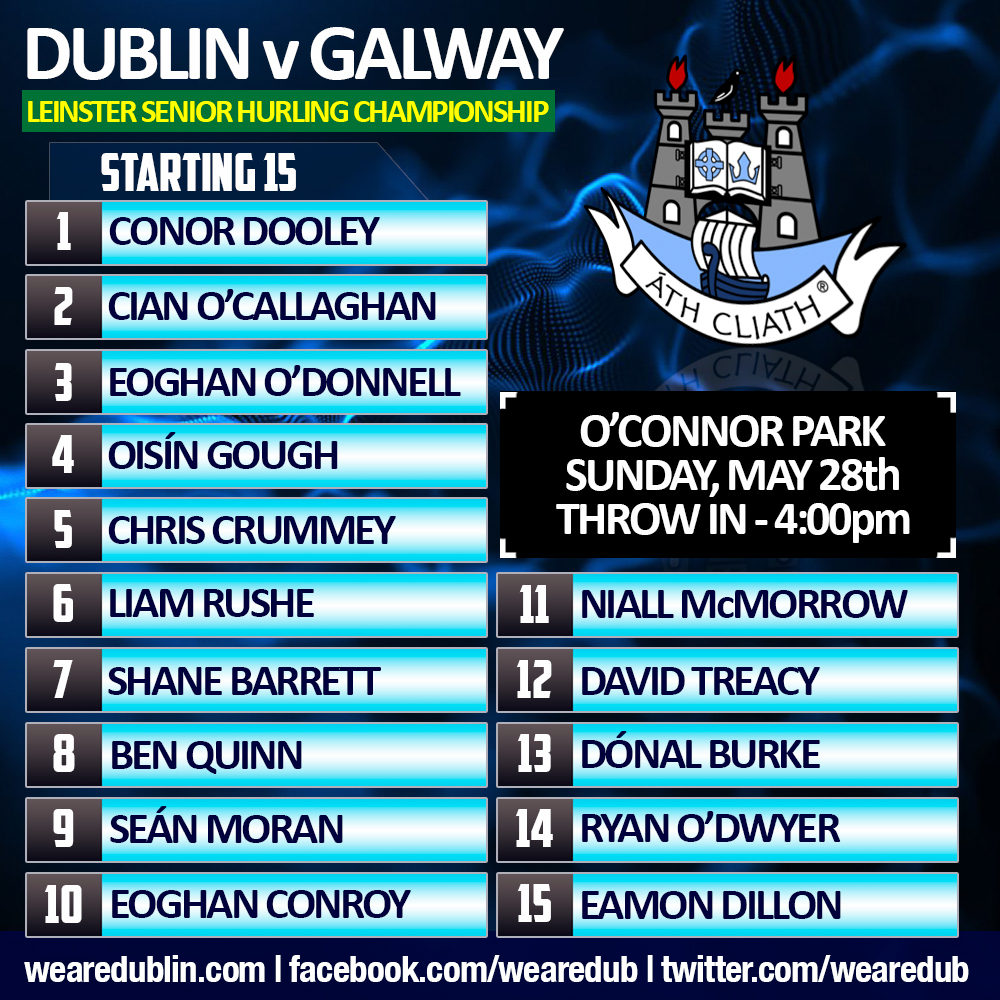 Only days to go before the action gets underway for the Dublin Senior Hurlers in this year’s Championship, and tonight boss Ger Cunningham has revealed his starting selection to face Galway this Sunday in O’Connor Park.

With Dublin struggling with injured absentees, this would appear quite a strong selection under the circumstances.

Ger Cunningham has kept faith with many of the youngsters who impressed during the league campaign.

Donal Burke, Ben Quinn, Eoghan Conroy and Sean Moran will all make their first championship start for the Dublin seniors against Galway, who begin their campaign as favourites to lift the All-Ireland.

Defend From The Forwards To Beat Tipperary – Ryan O’Dwyer

WE WANTED TO SET THE TEMPO – MATTIE KENNY