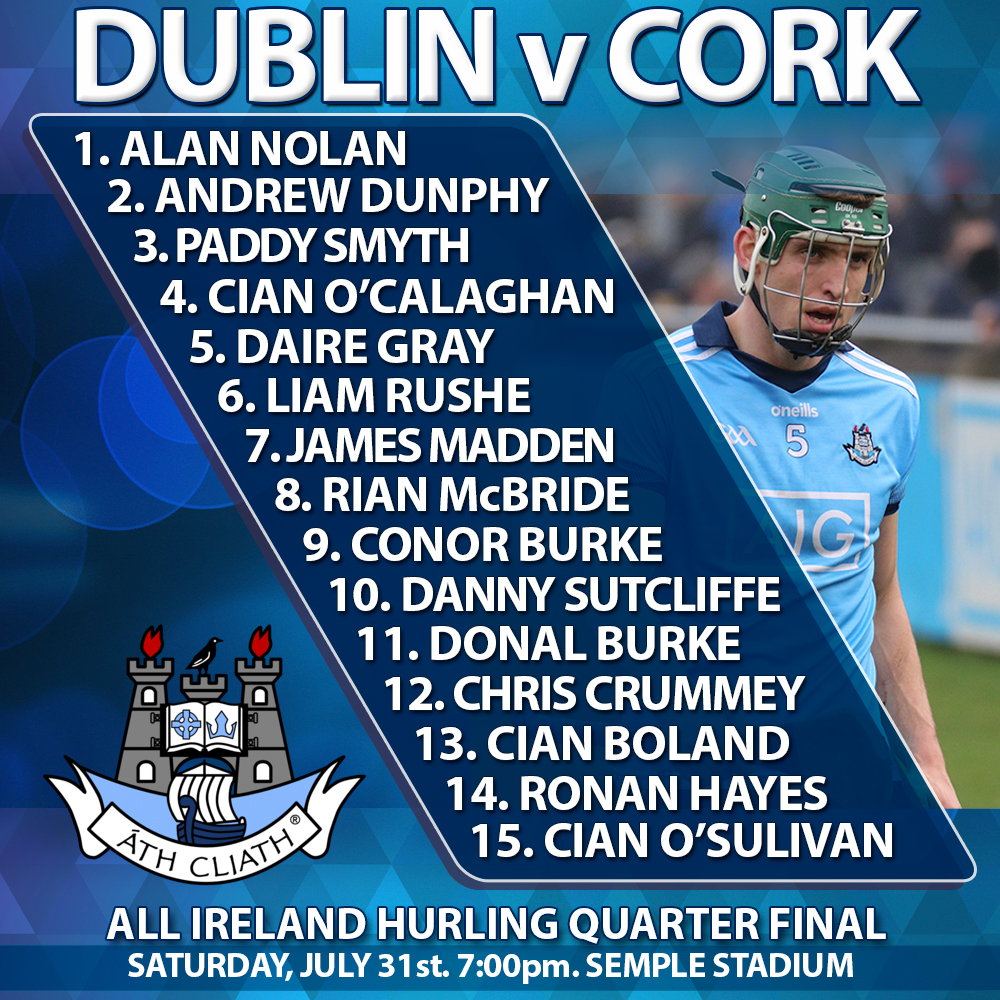 Another throw of the dice for Mattie Kenny and the Dublin Senior Hurlers as they head for Semple Stadium, the home of hurling, for their biggest challenge this season. And as they look to put their Leinster Final defeat to Kilkenny behind them, Dublin will be up for the challenge of Cork.

For no other reason, Dublin will see the return of key players, who they lost on the morning of the provincial final due to COVID-19 isolation. And it changed the DNA of their encounter with Kilkenny. And the boss will see it as the best time to face Cork with a spot on the last four at stake.

It was 1927 when Dublin last beat Cork in Championship action. In the last 10 years they’ve squared off in three All Ireland encounters, with Cork getting the upper hand each time. But that won’t phase Dublin in this game who will relish the challenge.

Mattie Kenny has made two changes to his side, for tomorrow’s All-Ireland Quarter Final.

Cian O’Callaghan and Ronan Hayes come into the starting 15 from the side that started in the Leinster Final against Kilkenny with Eoghan O’Donnell and Mark Schutte making way. This puts a question mark over the fitness of Eoghan O’Donnell since leaving the field within minutes of the provincial final throw in.

Dublin Minor Hurlers Go In Search Of All Ireland Glory