The First Round of the Senior Championship finished today. And here are the results 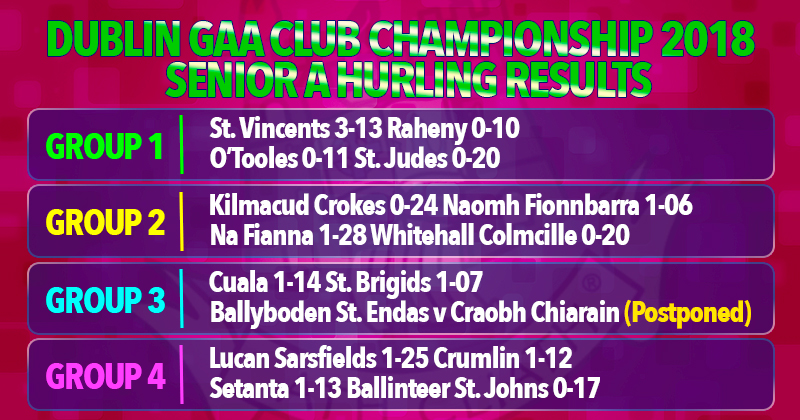 Today saw the end of Round 1 in this year’s Dublin Senior A Hurling Championship with a Double Header in O’Toole Park. The round started on Thursday evening in Parnell Park Park with wins for Kilmacud Crokes and Na Fianna in Group 2.

Yesterday the action continued in both O’Toole Park and Parnell Park. There wins for St. Vincents on Group 1 and reigning Champions Cuala in Group 3 in Donnycarney head quarters, while there was a victory for St. Judes over O’Tooles at the South Dublin ground.

Round 2 of the competition will be played over two days, on Thursday, April 19th and Saturday, April 21st.

Here is confirmation of all the Senior A Round 1 results, and also the scheduled fixtures, venues and throw in times for Round 2.

WE ARE DUBLIN GAA AND @DUBMATCHTRACKER HAVE YOU COVERED

SHANLEY REVEALS SUTCLIFFE IS TO TRAVEL