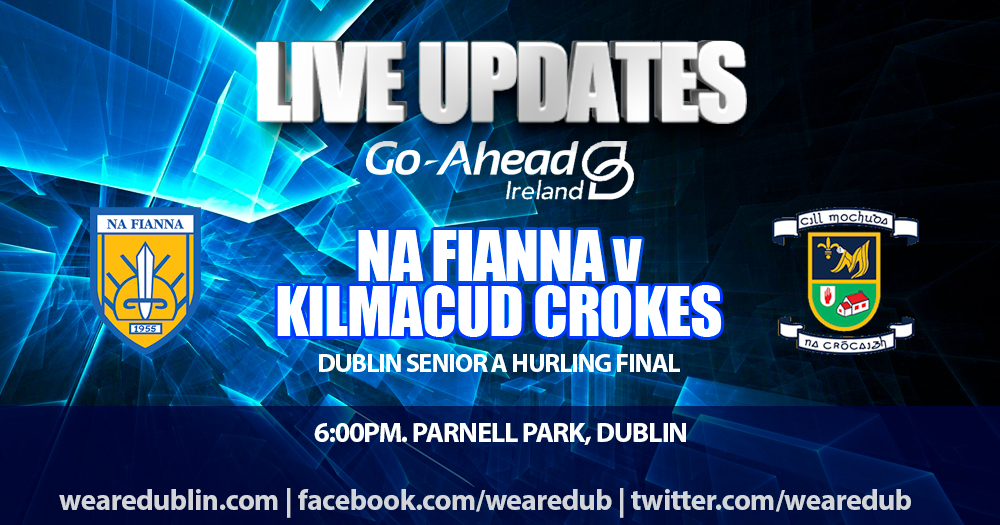 Na Fianna and Kilmacud Crokes have seen off all competition to earn the right to be 2021 Dublin Senior A Hurling finalists. And tonight at Donnycarney Headquarters, the North and South side panels will square off.

For Na Fianna, it’s an historic occasion as they challenge for the Senior A title for the very first time. A huge achievement for the Mobhi Road club. For Crokes it’s a different tale. The Stillorgan men have captured the county title on five occasions between 1974 and 2014. And they also appeared on consecutive finals between 2016 and 2018, including a replay in the latter eventually losing to Ballyboden St. Endas. So there’s a serious purpose for both sides entering this weekend’s decider.

AHL Division 1 Champions Na Fianna turned up the heat to come out as Group 1 winners after beating Whitehall Colmcille, Craobh Chiaran and Ballinteer St. Johns. St. Judes pushed the Mobhi Road side to extra time in the Quarters but Na Fianna prevailed. And their dominant performance against Lucan Sarsfield in the last four clash saw them over the line, reaching their first Senior A Hurling Final.

Kilmacud Crokes’ opening round win over reigning champions Cuala set the tone for their Group 3 Round Robin campaign. They followed that with wins over St. Brigids and Thomas Davis to top the group earning a Quarter Final slot meeting St. Oliver Plunkett Eoghan Ruadh. And the 1-26 to 0-19 victory saw Crokes advance to the Semis. Cuala were the team standing in their way to a place in the decider. Crokes prevailed by 1-18 to 1-13, sending Cuala out of the championship

We’ll be heading for Parnell Park tonight to bring you live score by score updates on www.twitter.com/wearedub from the Dublin Senior A Hurling Final. But if you don’t have access to Twitter directly you can follow our feed right here. Updates will appear below this post.