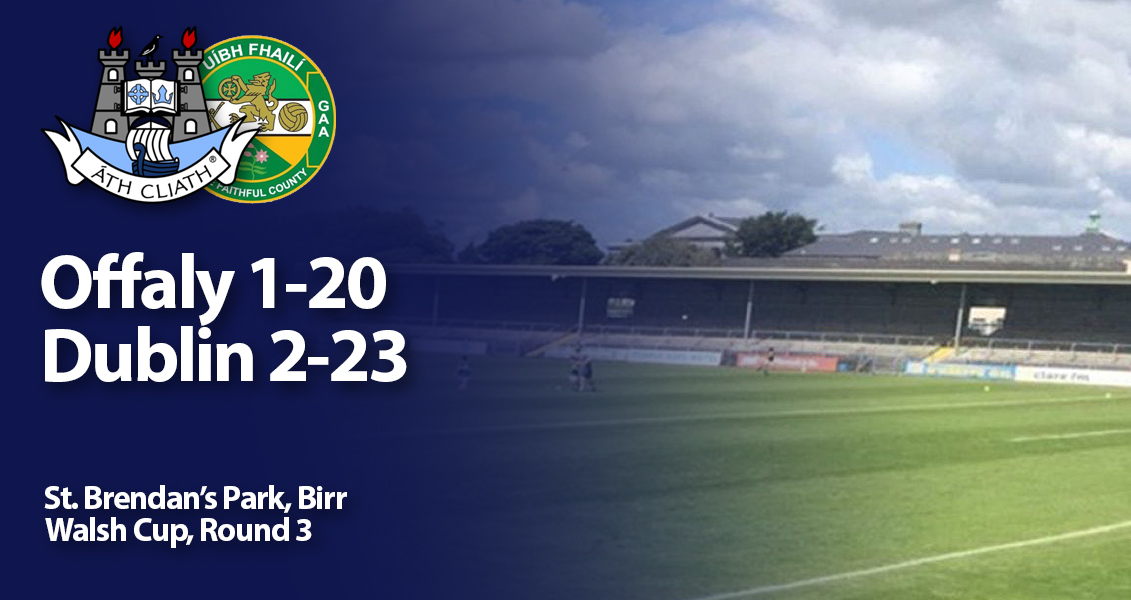 A third win for Mattie Kenny and the Dublin Senior Hurlers in this year’s Walsh Cup. And the prize is a place in the competition final against Wexford next weekend.

And it was a fighting performance the Dublin boss will be very pleased with as they boyd in blue trailed by 4 points at half time. A much improved showing following the break saw Dublin over the line.

In the opening four minutes Fergal Whitely got Dublin ticking, hitting three scores. James Madden was shown a black card denying Offaly a goal opportunity, but they failed to convert the resulting penalty. But the Faithful pushed on and were leading by the 15 minute mark thanks to a Brian Duignan goal.

Dublin’s response was quick, Cian O’Sullivan played in Ronan Hayes, with Hayes finishing well to ensure his side only trailed by the minimum at the first water break. Most of the half was evens, with Rian McBride, Davy Keogh, Cian O’Sullivan, Danny Sutcliffe & Daire Gray keeping Dublin’s score tally ticking over. But Offaly finished the half with four points on the bounce to lead at half time.

A refreshed Dublin Saw Out The Second Half

The introduction of Donal Burke early in the second half saw a much improved Dublin push on. And not for the first time Burke finished the game as Dublin’s top scorer with 0-07 to his name.

The net rattled again for Dublin in the 44th minute after Rian McBride hit the target from some excellent build up from Ronan Hayes. And that goal along with points from O’Sullivan and Burke gave Dublin a slender one point lead at the water break.

It was time to introduce fresh legs, with Chris and Paul Crummey, Andrew Dunphy, Seán Currie and Cillian Hayes all impacting the action.

This gave Dublin a massive advantage at the close of the game, with Burke, Sutcliffe, Currie and Chris Crummey all finding their range to give Dublin a well deserved six point victory, and a place in the Walsh Cup Final against Wexford.