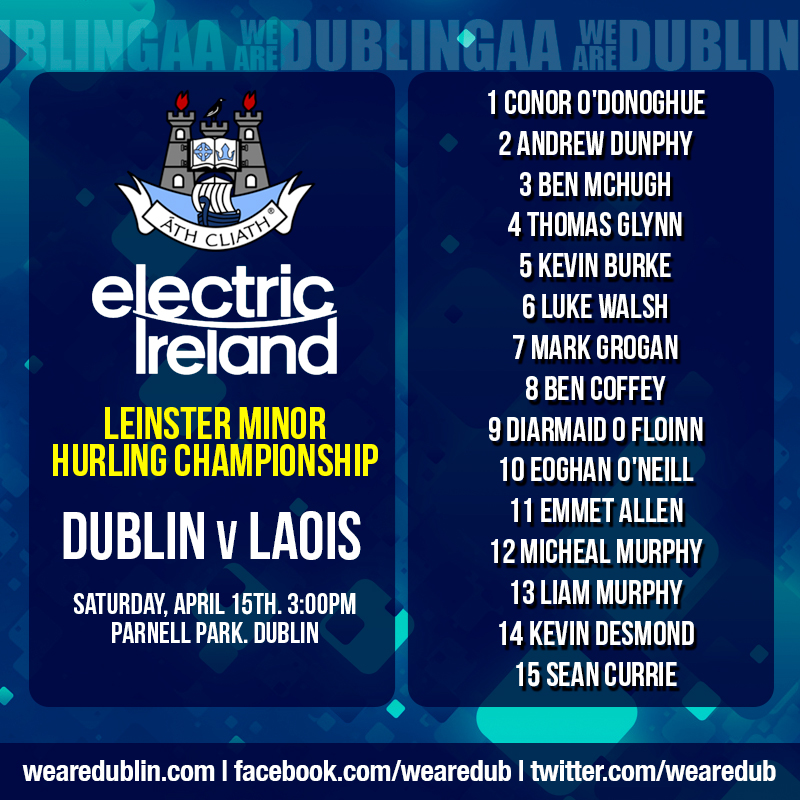 It’s a brand new minor hurling team this year as none of the starting team began in last year’s All-Ireland semi-final clash against Limerick. Dublin were beaten that day having won the Leinster Championship.

Dublin’s selection does contain both Sean Currie and Ben Coffey who did enjoy Championship action in 2016.

Here is the Starting 15 that will face Laois in Parnell Park tomorrow.