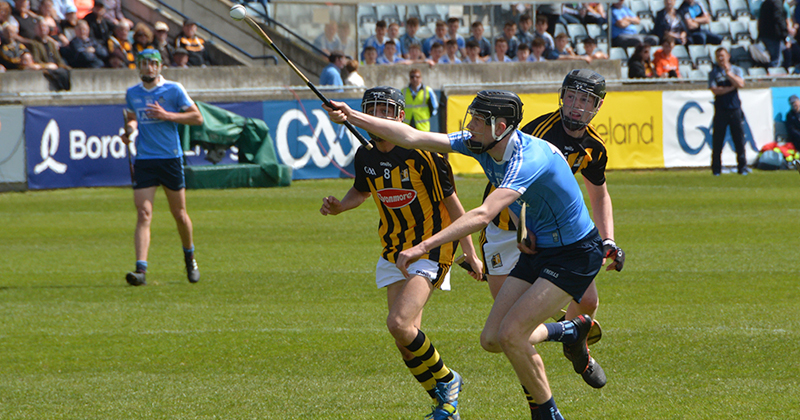 Back on May 13th when the Dublin Minors walked off the Parnell Park pitch after suffering defeat to Kilkenny in the opening round of this year’s Leinster Hurling Championship, they’d set themselves a massive task if they were to reach the knockouts. Although the 0-08 win for Kilkenny didn’t reflect the performance of the Dubs, just like their senior counterparts in that double header.

Beating Laois six days later by a massive 20 points was just the tonic Mike Connolly’s charges needed to get their heads back in the game and from there on that opener was washed from their minds completely. By the time Wexford came to Donnycarney, less than 2 weeks after the dubs defeat, there was no evidence of anything other than the boys in blue’s want to reach a Quarter Final at least, and by three points at full time they had set up their game with Antrim.

The last eight showdown was a hugely one sided affair in Dowdallshill as Dublin 3-16 to 0-04 sending the men from the north out of the competition. But Wexford were waiting once again in the wings to try stop Connolly’s men from reaching the final and a grudge match with Kilkenny.

Many would have believed having to travel to Innovate Wexford Park for the Semi Final fixture was an uphill climb, but not Dublin. And despite a higher scoring game than their round clash, three points was enough and the Dubs had snatched their Final spot.

And what a final. O’Moore Park was served a spectacle of hurling by the best two sides in the province, with the pendulum swinging both ways, right to the death. thirteen goals were scored, along with thirty one points, but Dublin somehow pushed Kilkenny right to their limits to win by 0-04 and claim the Leinster Minor Championship.

And after almost a month without action, Mike Connolly will take his side to Croke Park this Saturday for a mouth watering encounter with Galway. And if they can produce a performance anything like they did against Kilkenny, this game will be nothing short of exceptional.

Galway , however have been very impressive against Limerick and Kilkenny, and the Dublin manager has no doubts the Tribesmen will be favourites going into the game.

“We know the challenge that is in front of us but it is one that we are really looking forward to.” Connolly told dublingaa.ie

“They have been one of the teams earmarked at the start of the year to be potential winners and the manner in which they got over both Limerick and Kilkenny won’t have changed that.”

For his own side, Mike admits that it may not have been the best start to the year, and despite a steady incline in their performances, he is under no illusions that this is again another step up for his side.

“We have played well to get where we are at the moment but we are under no illusions that will not be good enough to beat Galway at the weekend. We will have to be better again but there is faith in the team that we can show the required levels of improvement.”

From Leinster to All Ireland

There has been quite a gap between this and the Leinster Final but the Dublin panel have kept busy, and will be more determined than ever to keep their Championship going for a little longer, hopefully into the last two in the competition.

“We have been training away and naturally, we wouldn’t have had any matches during that period but given the quantity of games that we had leading up to the Leinster final, I feel that a break was probably required.”

“We were on a run for a decent length of time and having played six competitive matches in nine weeks, the break probably came at the right time for us.

For the winners on Saturday it the opportunity to face either Tipperary or Kilkenny on August 19th in the All Ireland Final. Could this be the start of Dublin hurling success?

“Dublin have appeared in a fair few semi-finals over the past number of years so it’s nothing new for the county. And while the experience will be a new one for our panel, I’m sure it’s one that they will enjoy being part of.”