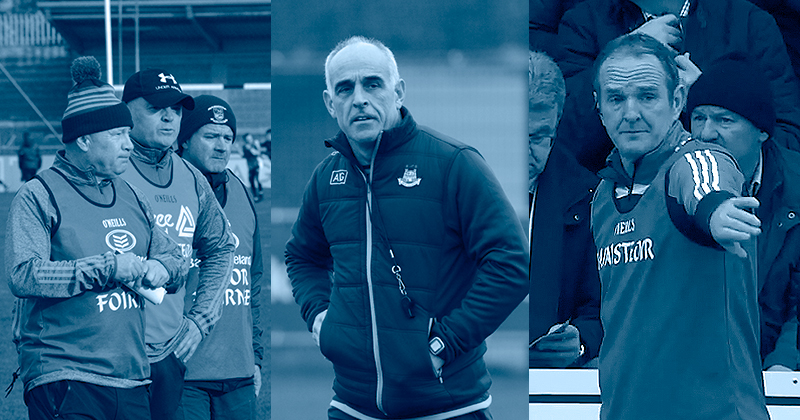 October 21st is the date for this year’s Dublin Senior Hurling Championship Final between Ballyboden St. Endas and Kilmacud Crokes. And the Dublin County Board have decided they won’t announce Pat Gilroy’s successor as the new Dublin Manager until after the game.

It’s now understood that any and all candidates of interest to Dublin have been contacted. So the process is indeed in full swing.

Of the candidates, there are currently three names that are taking to the fore. Cuala manager Mattie Kenny. Former Dublin and current Kilmacud manager Anthony Daly. And of course current Dublin coach and selector Anthony Cunningham.

And this year, to speed up the process, the management committee have been given the blessing of appointing Dublin’s new manager without the requirement of a full board ratification.

Cunningham Shows Desire to Stay On

Anthony Cunningham was a key component in Pat Gilroy’s backroom team this year. His influence clearly shone through during Dublin’s Leinster Championship campaign. With Gilroy being the positive enforcer, that gave Cunningham the freedom to work with the players. This developed Dublin’s on field game plan. And the results of this were very apparent throughout the provincial competition.

It’s easy to forget that Cunningham guided Galway to two All Ireland Finals. That was before players forced to have him removed as the county manager. But his work this year with Dublin has been very fruitful.

The Galway man has been present as a spectator during this year’s Dublin Senior Hurling Championship. Most recently Cunningham was on hand to watch Anthony Daly’s Crokes side send the reigning All Ireland champions out of the competition.

Daly Back In The Crosshairs

Daly has never been too far from Dublin Hurling since handing the baton to Ger Cunningham. And for many he was the driving force behind Dublin’s rebirth. The Dubs won League and Leinster honours under the Clare native reaching a memorable All Ireland Semi Final against Cork.

Daly’s name has of course reappeared in the shortlist again. Although his level of interest or the interest of the management committee in him is not fully known.

In recent times Anthony has been quick to dispel any rumours surrounding his interest in jobs. But cutting short his post game interview following the county semi finals before the question had to be addressed? Whether it counts for anything or net is yet to be seen.

The Clare man has always expressed an interest in returning to inter county management at some point, so the real question is, what county, and when.

With Cuala’s Championship run ending at the hands of Kilmacud Crokes at the weekend, that now leaves a door for Mattie Kenny very much ajar. And it’s believed that despite being overlooked last year for the role, Kenny is once again interested.

Add to that the fact that several of the current Dublin panel are believed to be in favour of Kenny’s appointment to the hot seat, that has to give credence to his application.

Pat Gilroy maintained that the majority of the current panel, with the exception of Ryan O’Dwyer, had stepped forward to continue their growth in 2019. But with a new manager, and potentially a new backroom team on the horizon, it’ll be interesting to see what lies ahead.