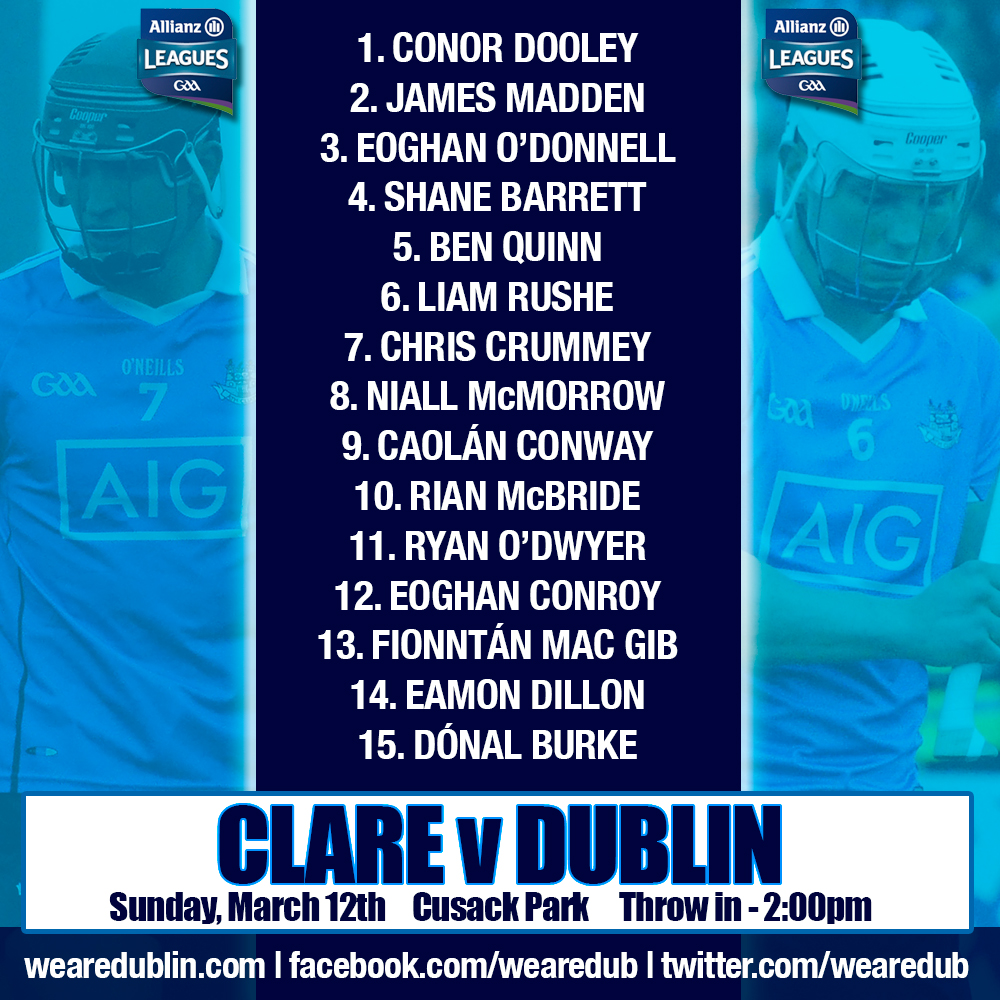 Dublin boss Ger Cunningham has shown faith in the starting 15 that were beaten by Waterford in Croke Park in the last round of the National Hurling League as he prepares for their must win game this weekend against Clare in Cusack Park.

Despite leaving the game behind in the second half against the Deise, the Dublin boss has decided not to tinker with the format in the hope that the teams vastly better first half performance will be what shines through.

The Dubs will badly need a result on Sunday before facing Kilkenny in the final round. And that game could indeed be the difference between a Quarter final place and a relegation play off, all depending on Sunday’s outcome.

Can the Dubs dig deep and find some magic? It’s only a couple of days away.

Conal Keaney To Stay On As Gilroy Beats The Bushes

DUB STARS COME OUT ON TOP IN FESTIVE CRACKER