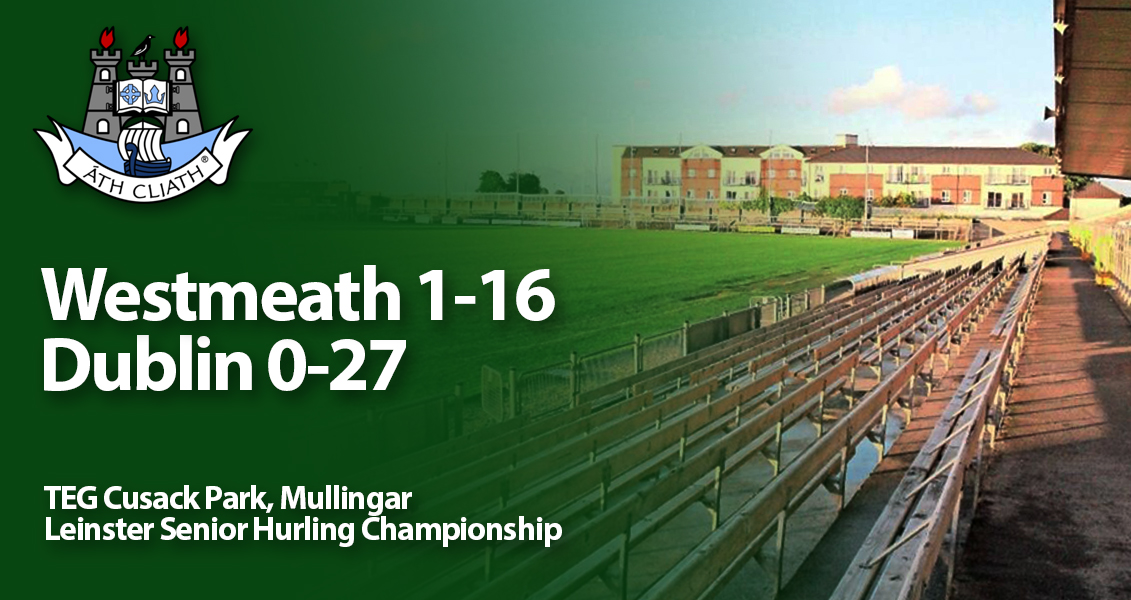 They had to work hard but Mattie Kenny’s Dublin Senior Hurling Panel came out three for three winners this afternoon, dispensing of Westmeath in Mullingar. Despite a spirited performance from the home side, after a major defeat to Galway last week, it wasn’t enough to get them up and running in the Championship.

For Dublin however, this third win along with results in other games over the weekend, puts them at the top of the Leinster Round Robin Table with 2 games remaining. Those games will probably be their hardest tests, but nothing has stopped their momentum since losing to Kilkenny in the National League.

Donal Burke put Dublin’s noses in front in the sixth minute, with Niall O’Brien equalising minutes later, finally ending Westmeaths spell of five wides. Form here Westmeath went toe to toe with Dublin right to the interval, only trailing by one score on 0-12 to 0-11.

Seconds into the restart, Dublin substitute Fergal Whitely pointed. Killian Doyle’s accuracy from frees kept Westmeath in touch, but Dublin’s scoring was more free flowing. Rian McBride ended the game on 0-06, and in most of cases was free to roam into space to convert them.

Trailing by 0-21 to 0-15 Doyle narrowly missed a goal chance in the 55th. And McBride again added another Dublin point from the resulting puck out. Westmeath would eventually find the net on the hour mark with O’Brien kicking the ball into the Dublin net after Sean Brennan batted the ball into his path from a Ciaran Doyle attempt.

With the score at 0-22 to 1-16, Westmeath were unable to capitalise on their goal boost, with Dublin scoring 0-05 unanswered to finish out the game in style, three of those scores coming from the ever present Donal Burke.