Any travelling supporter would have left Nowlan Park on Sunday feeling shellshocked following a damaging second half by Kilkenny as they bet the Dublin Hurlers by 3-21 to 0-18. It’s certainly a start that the Dublin boss would preferred to not endure. But such is the task facing a side like Kilkenny.

But now the job in hand is to get some points on the board sooner rather than later. And this weekend and next are opportune times to do this. Before they make their next road trip to Carlow, they’ll welcome Laois to Parnell Park for Round 2. And no doubt they’ll feel the playing field will be a lot more level.

Last year Dublin had mixed fortunes against the men from the O’Moore County. In horrible conditions last March they survived a scare to beat Laois by 2 points and advance to the knockout stages of the League, finishing top of Division 1B. But Laois would get their revenge when it was a much more important fixture.

With Dublin failing to make the knockout stage of the Leinster Championship they needed to play a preliminary game to have a chance of reaching the All Ireland Quarter Finals. And for most supporters the game against Laois had them feeling confident. Sadly they underestimated their opponents.

Laois, having won the Joe McDonagh Cup had their tails up going into the tie. And between that and home advantage, they pulled off a shock, beating Dublin by 1-22 to 0-23.

Both teams need wins after a bad opening weekend.

It’s not just Dublin who are seeking the points on Sunday. Laois took a beating in their Round 1 game, losing by 11 points to Wexford. They head to Clare in Round 3 and will target Dublin, a team they’ve beaten, as an opportunity to lift themselves up the table.

If Dublin are to improve on last year’s League, Mattie Kenny will want to come away from the next two games with four points in the bag. Leaving Nowlan Park Kenny admitted he craves more consistency through both the League and Championship compared to last year.

“We introduced a few new players today”, he told DUBSTV, “and I suppose last year we worked hard early on in the league and, as the championship went on, we seemed to lose our form a little bit.

“Having said that, we still would have liked a better performance today.”

It may count for nothing but earlier this month Dublin put in a strong performance to beat Laois in the Walsh Cup. A John Hetherton return saw the Vincent’s man score 1-03. Dublin were 0-05 to 0-1 up on 10 minutes thanks to scores from Oisin O’Rorke, Tomas Connolly, Cian Boland, Ronan Hayes and Eamonn Dillon. By the break they held a solid 67 point lead on 0-13 to 0-07.

Before the mid point of the Second Half Dublin were 10 scores clear when Laois attempted a comeback. They weathered five unanswered point by the visitors and restored control. Hedgo made his presence felt over a 3 minute spell, first scoring two points and then leathering the net to raise a green flag. That pretty much secured the win, taking the game too far away from Laois. 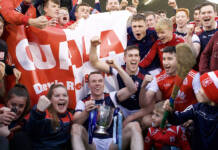 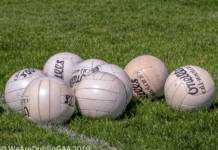 U20 Hurlers Exit Leinster After Close Quarter Final With Offaly