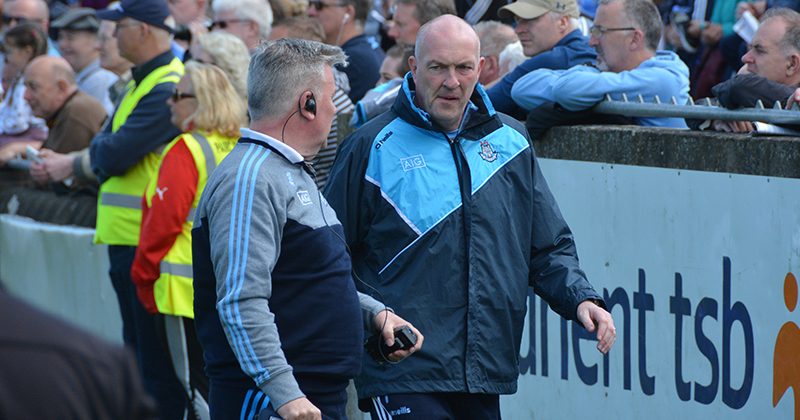 Late on Sunday evening, following Dublin’s Senior Ladies football panel winning their second consecutive All Ireland title, news broke. With only a season under his belt, Pat Gilroy had decided to step down as the county’s Senior Hurling Manager. In his statement Gilroy said that “Unfortunately my work commitments involves a considerable amount of overseas travel and it will not be possible for me to continue in this role.”

The Dublin County Board didn’t expect to be in such a position. Particularly with the Dublin Hurling Championship entering it’s Quarter Final stages. The task at hand now is to quickly find Gilroy’s replacement.

One thing that remains from his short legacy. The regrouping of a solid panel and the upward progress the team made. Especially during an unlucky Leinster Championship. A much improved performance against Tipperary in the League Quarter Finals. And Dublin played like a side possessed right through the Campaign.

Leinster Not So Much A Heartache

Their one victory from the four was a more than convincing 0-17 win over Offaly in Round 3. But that doesn’t tell the full story. Against both Kilkenny and Wexford, they were only left behind by 0-02. And in their final game against Champions Galway, they literally left Pearse Stadium losing by the minimum. All four performances were ones the Dublin fans had wanted for many years and they were performances that Gilroy spearheaded and produced.

Already being spoken about to take over the role are Cuala’s Mattie Kenny and of course former Dublin boss and current Kilmacud Crokes manager Anthony Daly. But these rumblings take away from the job Anthony Cunningham has done alongside Pat for the past twelve months. And the calibre of the former Galway boss makes him the bookies favourite.

Michael Fennelly, former Kilkenny hurling star, believes Gilroy has instilled his usual respect and work ethos into the panel, something that will stand to them in the longterm.

“He’s done it before in the past. He’s brought great positivity into the camp, and a great presence.” Fennelly told the Herald.

“Obviously he’s a leader, and people seem to look up to him. So straight away people were buzzing to see him being involved.”

“So he’s definitely a loss to the set up.”

The birth of a newly revived Dublin Hurling side

While three wins across the League and Championship might not be the successful headline anyone would want to be reading, the devil is in the detail. And in Croke Park on League Quarter Final day, Parnell Park, Innovate Wexford Park and Pearse Park in the provincial round robin games, a newly revived Dublin were on show. A combination of raw talent and experience. A group of players that once again wanted to cross the white line and leave everything on the pitch for a manager.

“He was able to bring in good people. I think he’s probably a good people person.”

“He mightn’t have been doing a whole lot of coaching, but he was looking at the set-up and whose doing what, and trying to get the best out of players.”

Whatever happens over the coming weeks, be it Sean Shanley announces a brand new manager, or leaves the management team as is without Gilroy, Fennelly is adamant that the future is still a bright one in the ranks of Dublin hurling.

“I think really it depends on whether Anthony (Cunningham) wants the role, or not. Does he feel he needs someone else with him maybe? Would that help things in the camp?”

“Talk to Anthony, and see if he wants to take it on maybe? And do in-house, without people knowing, as such.”

CHARACTER ASSASSINATION OF OPT OUT DUBLIN HURLERS WITHOUT THE FACTS IS...