A round up of this weekend’s Inter County Results 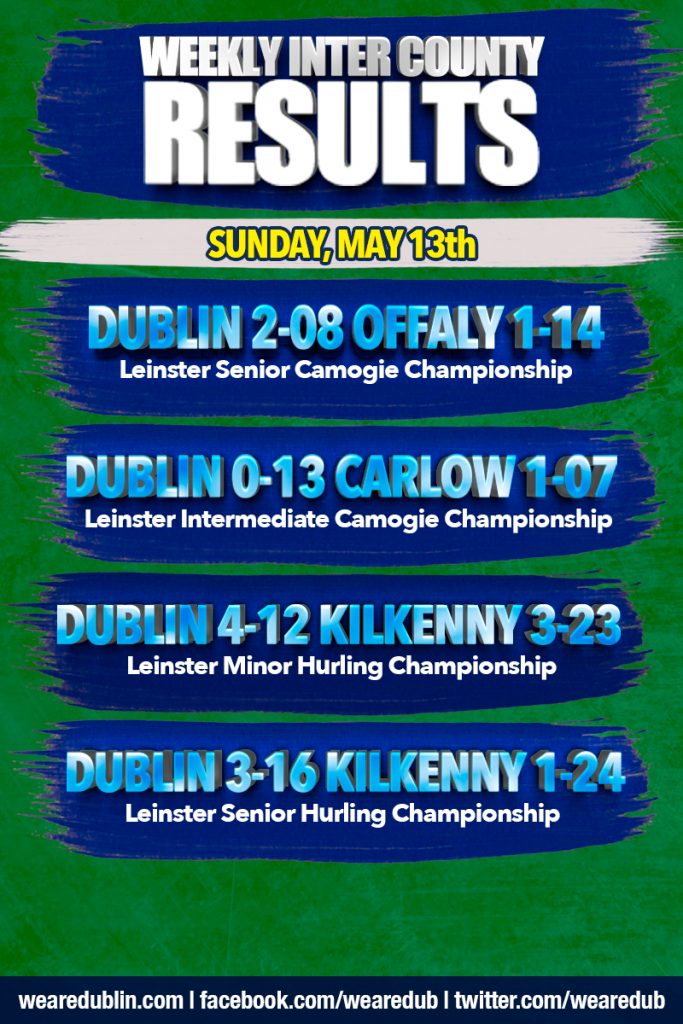 A very mixed bag of scores this weekend. But we did have a win with Dublin’s Premier Junior Camogie Panel beating Carlow in the Leinster Intermediate Semi Final, securing their Final spot.

Earlier in Parnells the Senior Camogie Panel were unfortunately beaten by Offaly in their Leinster Senior Semi Final, so David Herity’s team will now start preperations for their Liberty Insurance Championship campaign.

In Parnell Park Dublin suffered two defeats in Leinster Championship action. The minor hurlers were outplayed by Kilkenny in the opening game, and it was heartbreak for Pat Gilroy’s Senior hurlers losing narrowly to Kilkenny in their fixture.

Here is confirmation of this weeks results.

*Please note the Dublin v Kilkenny Senior Hurling Championship result was originally confirmed as 3-16 to 1-25, however referee Diarmuid Kirwan confirmed after the game that one of Kilkenny’s late points was in fact disallowed and brought back for a sideline cut. Final score is now Dublin 3-16 Kilkenny 1-24.