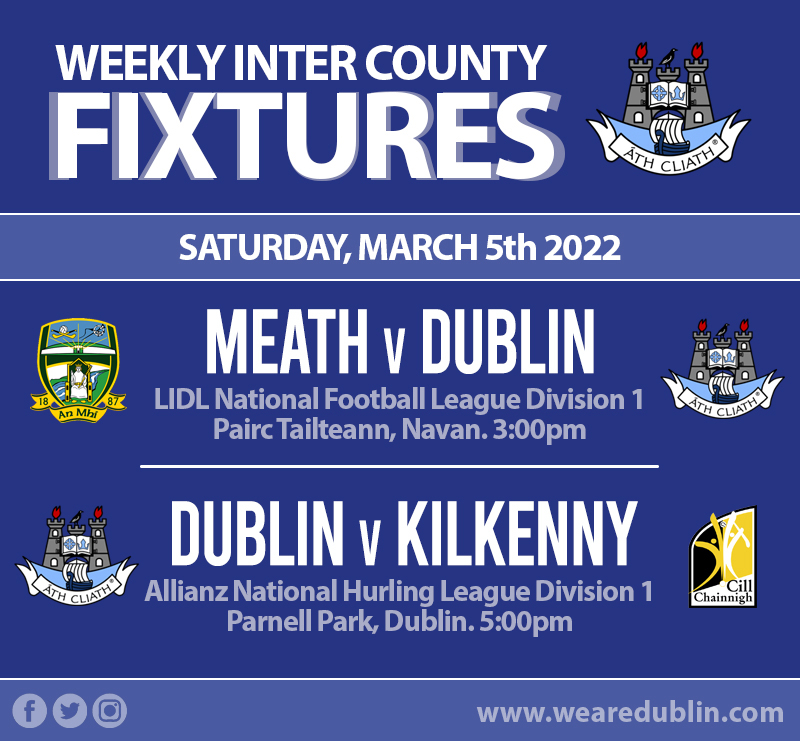 Two big games to come this Saturday on a quieter weekend than the last few weeks. With no teams involved in the Littlewoods Camogie Leagues, and Division 1 of the Football League on a break, the focus will be on the Lidl National Football League and the Allianz Hurling League. Let’s get into the details.

We’ll be treated to an early repeat of last year’s TG4 Senior Championship Final this weekend when Dublin face Meath in the final round of the National League. Pairc Tailteann will be the venue for what is likely to bring out the best in both Dublin and Meath.

With both sides already registering two wins from two games, you’d think this would be a nothing tie, but there’s no such thing as a nothing tie with Meath being the reigning All Ireland Champions and Dublin the reigning League Champions.

Cork and Waterford have fallen by the wayside, beaten by both teams so this game in Navan is for final group position ahead of the Semi Finals. The girls in blue opened their campaig with a 4-07 to 1-04 victory over Waterford, and followed that with a solid 2-15 to 2-03 win over Cork at Croke Park.

Meath were 2 point winners over Cork in the first round, following that with a 1-10 to 1-02 victory over Waterford in their last encounter.

Only a point seperates Dublin and Kilkenny in Group B of this year’s Allianz Hurling League Division 1 campaign. And Mattie Kenny’s senior panel are in a great position sitting just behind Waterford at the top of the table.

Wins over Antrim and Tipperary after drawing with the Deise county on day one has put the Dubs in strong place and a positive result over Kilkenny this weekend and Laois in 2 weeks time could see them qualify for the League Semi Finals.

Kilkenny haven’t been firing on all cylinders yet. After an opening round win over Antrim they followed that with a 1 point loss to Tipperary. They got back on track last Sunday beating Laois by 2-28 to 0-17. They share the second slot in the table with Tipp, with the Dubs and Waterford the only unbeaten teams so far. That could change this weekend, but hopefully not for Dublin.

We’ll be bringing you more news on both these games as the week goes on so stay tuned.

Don’t forget to follow us across social media for more news and action.