A big Leinster weekend of Inter County Fixtures ahead 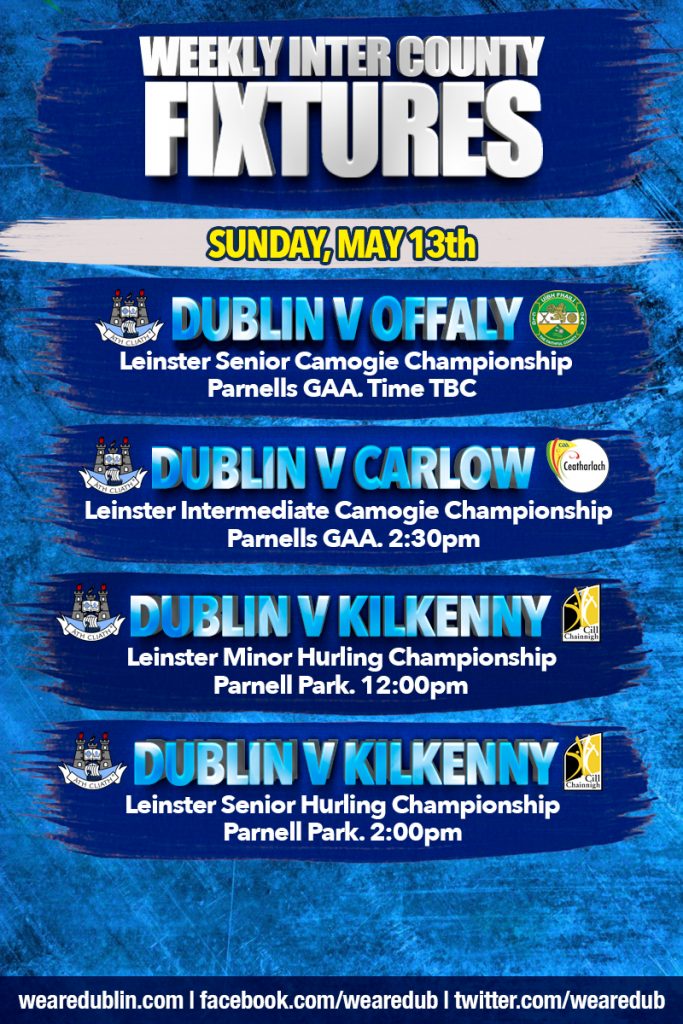 A stunning weekend of action is ahead of, with four Leinster Championship games up for contention in this weeks Inter County Fixtures.

Two of Dublin’s Camogie Panels will use Parnell’s GAA club for their Leinster Championship Semi Finals. David Herity’s Senior Panel will face Offaly in their fixture hoping to advance to this year’s provincial final. Should they overcome Offaly they meet the winners of Wexford and Kilkenny in the final. Offaly advanced to the Semi Final with Kildare conceding the Quarter Final. Throw in for this game is to be confirmed but is likely to be early.

Then at 2:30pm it’s the turn of Shane Plowman’s Premier Junior Camogie Panel, who compete at Intermediate level in Leinster. They’ll face Carlow, who beat Offaly in their Quarter Final, and the winner on Sunday will advance to face either Wexford or Westmeath in the Intermediate final. Throw in for this game in Parnells GAA is 2:30pm

Around the same time both Dublin Minor and Senior Hurlers will hope to create a siege mentality in Parnell Park as they welcome Kilkenny for their respective opening Championship games. The minors will square off at 12:00pm and Pat Gilroy’s Senior Panel will start their Championship journey at 2:00pm.

Both hurling championship will be played over a round robin format this year. The Senior Championship is played over five rounds with each team receiving one bye, playing four games. the top two sides at the end of the round phase will face each other in the Championship Final
The Minor Championship is tiered and Dublin will play three round games in Tier 1 to determine their quarter final position and opponent.

The small ball Championship’s get well underway this Sunday, choose your code and get out in numbers to show your support.