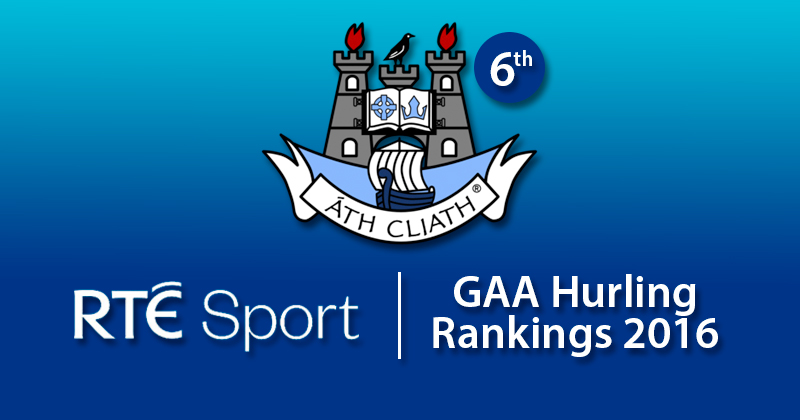 For Ger Cunningham and the Dublin Senior hurlers, 2017 could very well be make or break year. Although a  lot in the media had said similar at the beginning of 2016.

In this year’s RTÉ Hurling Poll, journalist James McMahon places Dublin in 6th position in the rankings, a place lower than in 2015.

Dublin lost marquee panel members, either dropped, left of their own accord, or through injury. Despite that, they did manage to keep their Division 1A league status in tact. Losing only the opening and closing round games to Tipperary and Kilkenny respectively, saw them finish in third position and comfortable.

In Leinster things started well and Dublin saw off the challenge of Wexford quite convincingly in the Quarter Finals and many expected them to push Kilkenny hard in the Semi Final in Portlaoise on June 11th. Sadly that wasn’t to be and the Cats were simply too powerful for a Dublin side that limped through the second half, eventually beaten comfortably by a 0-12 margin.

So it was the All Ireland Qualifiers, and a round 1 tie against Cork. To add to the pressure following their Leinster exit, Dublin would have to travel to Pairc Ui Rinn for this encounter and face the rebels in their own back yard. But Dublin’s spirit was indeed immense and with both sides level with four minutes to run on the clock, it was Cork who had the extra gear and saw the game out winning 1-26 to 1-23. Dublin traveled back from Cork to reflect early on the year and look to 2017.

This year will be no walk in the park for Ger Cunningham, and with Johnny McCaffrey, Peter Kelly, Paul Ryan, Daire Plunkett and Niall Corcoran all surplus to requirements, the Dublin boss has drafted in some U21 players to bolster the panel. While the Dublin team will look to solidify during the Walsh Cup and impact on Division 1A in the early stages of the year, their collective eye will be on Galway in the Leinster Quarter Final in May. It will be an interesting story to follow.

Elsewhere in the list, it doesn’t come as any surprise that All Ireland Champions Tipperary have leap frogged Kilkenny and Galway to top the poll. With only two wins from five in the Allianz League, Tipp went on to dominate the Munster Championship, had a close call in the All Ireland Semi Final beating Galway by one solitary score, but finished top of the mountain, beating Kilkenny by a whopping nine points to lift the Liam McCarthy Cup in September.

Offaly move into the Top 10, with Laois Dropping out to 12th position. Cork dropped three places from 6th to 9th and Clare improved, moving from 8th to 5th.

Full list of 35 teams can be seen on RTÉ.ie by clicking HERE.