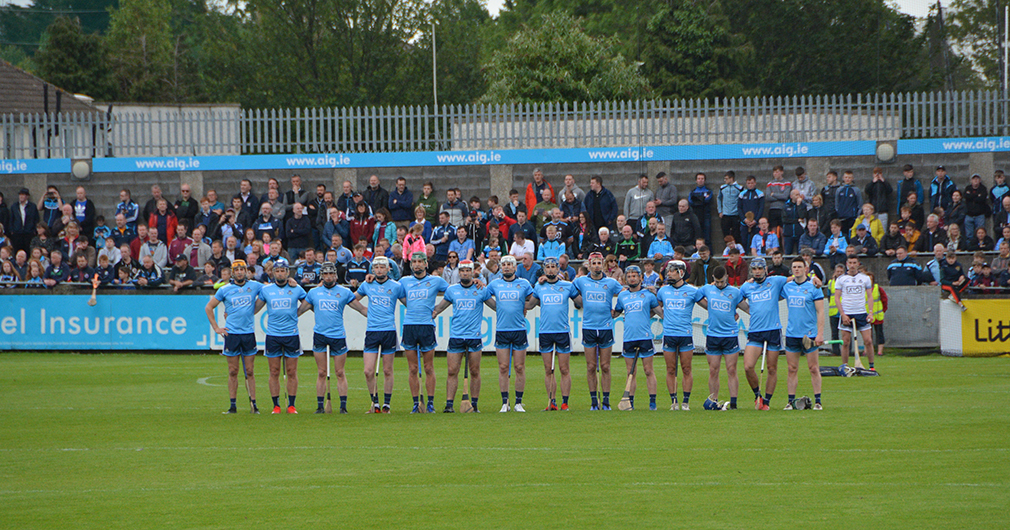 Mattie Kenny’s quest to build on the foundations laid by Pat Gilroy last year came to fruition tonight in front of a sell out crowd in Donnycarney. Dublin absorbed everything the Tribesmen threw at them and finished the stronger of the two sides. And in the process they cut Galway’s summer short finishing in fourth position on points difference in the Leinster Hurling Championship table.

For Dublin, It’s a place in the All Ireland Preliminary Qualifiers on July 6th.

In a very evenly matched contest, the boys in blue’s metal was tested, and it was a test they passed with honours, scoring 1-07 in the final ten minutes of the game to run out four point winners.

Eamonn Dillon, Sean Moran and Chris Crummey all raised green flags beating Colm Callanan in the Galway goal. Oisin O’Rourke took up the role of free taker in the absence of both Paul Ryan and David Treacy, and chalked up six from dead balls and three from play.

The game on the whole was as tense as you’d expect with so much at stake for both sides, and in places very hard hitting. The sides were level as many as seventeen times over the 70 plus minutes, eight times alone in the first half.

Danny Sutcliffe, who was inspiring in attack, opened the scoring in the third, quickly followed by the first of Cathal Mannions seven frees for Galway. Brian Concannon and Cian Boland exchanged scores. Jason Flynn put Galway’s noses in front briefly before Boland struck again to level things. Liam Rushe and Oisin O’Rorke had put Dublin’s two ahead on 15 minutes before Mannion and Conor Whelan levelled the tie up. During that time Dublin lost star defender Eoghan O’Donnell to injury, with James Madden entering the frey.

Galway too lost a key component in Conor Whelan on 25 minutes as the sides continued to match each other tit for tat. Level on eight points each in the 28th as Eamonn Dillon squeezed through the smallest gap to strike the ball into the Galway net, giving his side a three point advantage. But the free taking of Cathal Mannion was on point as he converted two and keeper Colm Callanan converted a massive score to, again, level the game. David Burke got the last say of the half with a score to send Galway in at the break one point the better.

Crummey Inspires Dublin to an immense second half

What Dublin needed was a quick score to start off the second half, and when Dublin captain Chris Crummey was brought down in the area, Sean Moran got yet another opportunity to be the hero. The ever cool Cuala half back made absolutely no mistake, burying the ball from the penalty spot. Advantage Dublin.

Mannion and Jason Flynn brought the game back to a stalemate before Joe Canning made his return from injury, making Dublin fans uneasy at the same time. And he was on the scoreboard within a minute of his arrival with a sweet point swinging in from the left of the field. Canning would level the game again after two scores from Oisin O’Rorke.

Dublin were becoming relentless in their attack as the half reached the midway period, showing patience. O’Rorke and Dillon had scores cancelled out by David Burke and Johnny Coen. A brace from Conal Keaney cancelled out Joseph Cooney and Padraic Mannions efforts as tempers flared.

Neither side could break each other down, trading score after score until and with three minutes of normal time remaining David Glennon had the sides level again but only for a few seconds. We’re not entirely sure where he came from but Dublin captain Chris Crummey appeared from nowhere to bear down on goal and rocket the ball into the net.

Substitute Fergal Whitely tagged on the insurance point but David Burke replied to leave it a one score game. But it was fitting that Oisin O’Rorke, who had been on the money all night, bagged the last score and sending Dublin into the All Ireland Championship Qualifiers.

They Have The Best Full Back In The Country – John...