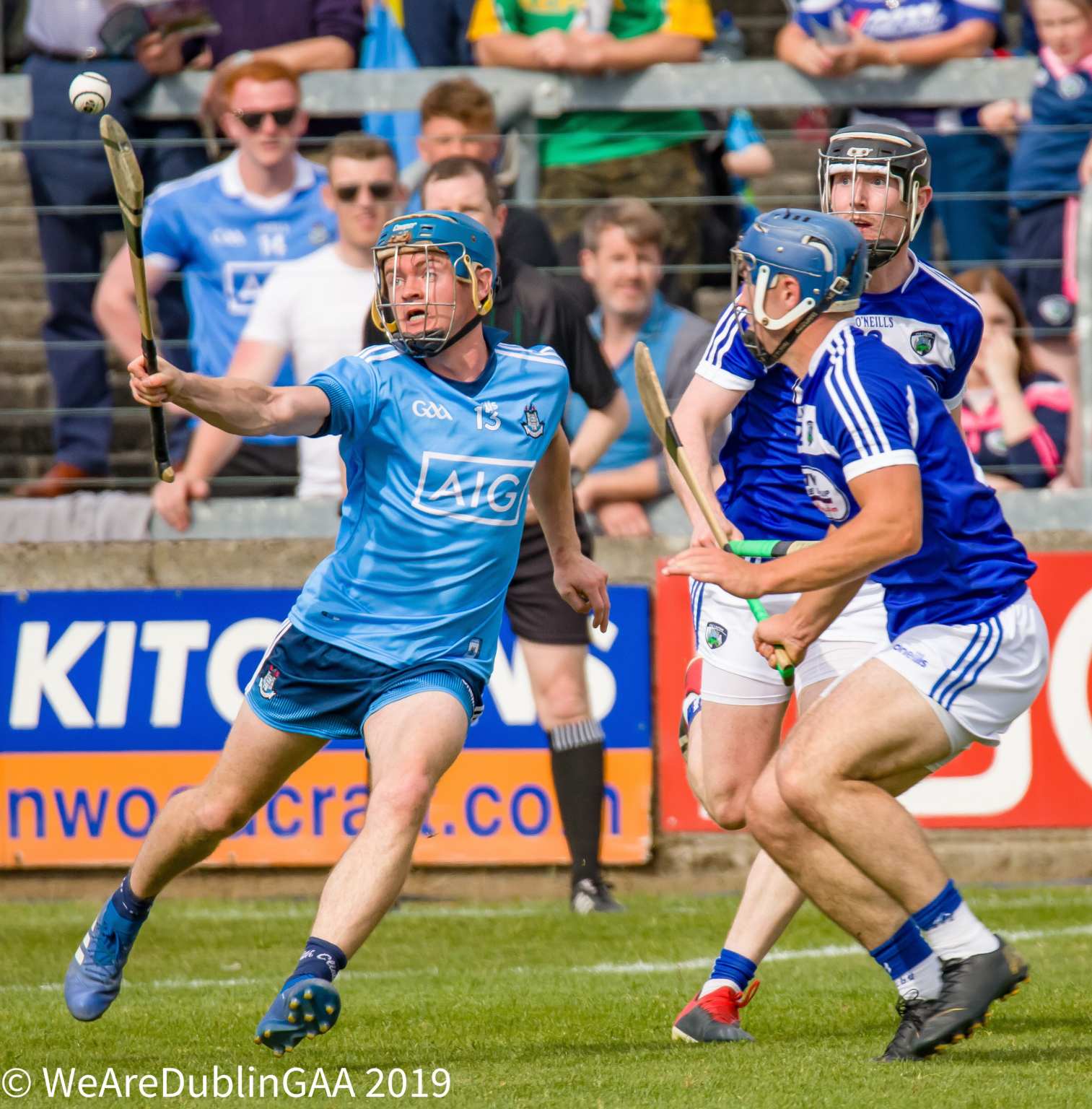 Dublin’s senior hurlers crashed out of the All Ireland Championship this afternoon after a shock defeat to Laois in O’Moore Park.

Dublin entered the game as red hot favorites to advance to next weekend’s quarter-finals to face Tipperary but Laois were in no mood to play to the script and made a mockery of the bookies odds with One bookmaker displaying odds on for Dublin v Tipperary next week.

With all the outside talk of Dublin verses Tipp this week particularly after all the deserved plaudits after the defeat of Galway a few weeks back you have to wonder if some of that seeped into the psyche of the Dublin players which in turn would explain their flat performance this afternoon.

After the game Dublin manager Mattie Kenny didn’t mince his words and stated the his Dublin sides performance today was unacceptable.

Laois looked up for the game right from the off and swarmed all over Dublin in the early stages. Points from Charles Dwyer and Mark Kavanagh handed Laois a two point lead.

Two Oisin O’Rorke points brought the team’s level, but Laois were playing the better hurling and they made it count with 1-02 in a three minute spell which brought roars of Laois,Laois, Laois, Laois from the home crowd- the points coming from Paddy Purcell and Mark Kavanagh and the goal dispatched by Aaron Dunphy.

Oisin O’Rorke pulled one back for Dublin from a free on 14 minutes but Laois were rampant and points from Willie Dunphy and Mark Kavanagh from a converted free imcreased the Laois lead to six.

Cian Boland and Mark Kavanagh swapped points and then Dublin hit a mini purple patch and scored three points on the bounce from Ronan Hayes(2) and Eamon Dillion to make it a one score game.

But as they did throughout the game Laois responded and outscored Dublin by five points to three in the closing ten minutes, the Laois points coming from Mark Kavanagh(2), Ross King, Jack Kelly and Charles Dwyer and Dublin’s point scorers were Oisin O’Rorke, Danny Sutcliffe and Conal Keaney.

At the break Laois led by 1-12 to 0-10 and Dublin needed a big response in the second half to get back into the game.

Dublin stared the second half with three points inside the opening five minutes from Oisin O’Rorke and Cian Boland(2) to leave the Sky Blues only two points behind.

Laois though hit three of the next four scores, Willie Dunphy and Aaron Dunphy with fine points from play and a Mark Kavanagh free and Dublin’s sole score a converted Oisin O’Rorke free.

Dublin fought back and hit four points in a row to draw level, three dead ball strikes coming from the trusty hurl of Oisin O’Rorke and an excellent point from play by Danny Sutcliffe.

The expected push on from Dublin though never materialised, instead the O’Moore County men responded magnificently as they had throughout with points from Willie Dunphy, Mark Kavanagh and Aaron Dunphy.

With 12 minutes left in the game the two sides battled it out to the finish. Oisin O’Rorke reduced the deficit with another successful free attempt but it was cancelled out with an excellent long range free from Laois keeper Enda Rowland.

The lead was cut to just two points with another O’Rorke dead-ball strike. Laois though were not to be denied today and doubled the lead with points from Willie Dunphy and Mark Kavanagh with just five minutes remaking on the clock.

The large crowd was guaranteed a grandstand finish when Dublin halved the deficit with two converted frees from O’Rorke and substitute Paul Ryan.

Another booming free from Laois netminder Enda Rowland put a goal between the teams as they game entered three minutes of injury time.

Just before the full-time whistle Dublin were awarded a free close to goal. Up stepped Seán Moran and the stadium held its breath wondering if Moran could once again grab a game saving goal. It wasn’t to be this time as the ball cleared the bar for a point and the referee blew for time and Laois held on for a famous and well deserved win.

The Dublin postmortem after this shock defeat to Laois, the Sky Blues first loss to the O’Moore County in the championship since 2005 will be harsh for all involved.